Thirty-one of the 91 players currently vying for Patriots roster spots joined the team in the months since New England’s underwhelming 7-9 campaign concluded. A large number of those came aboard during an unprecedented free agent spending spree that saw Bill Belichick’s club hand out an NFL-record $175 million in guaranteed money.

With Patriots training camp set to begin Wednesday, we projected which role each of the Patriots’ 31 newcomers will play this season. (Note: This list does not include players like Dont’a Hightower and Brandon Bolden who are returning from COVID-19 opt-outs.)

VETERANS (22):
DT Montravius Adams
A solid run defender who never played more than 20 percent of defensive snaps in any of his four seasons in Green Bay, Adams saw a surprising number of reps with projected starting defenders during OTAs and minicamp. He’s not a roster lock but could surprise in camp.
Projected role: Competing for a spot in the D-tackle rotation

WR Nelson Agholor
Agholor was one of the NFL’s most dangerous deep threats in 2020, ranking second in yards per catch (18.7) and catching eight touchdown passes for the Las Vegas Raiders. One year earlier, he was run out of Philadelphia after posting a moribund 39-363-3 line in 11 games. The Patriots are banking on more of the former after signing the wideout to a hefty two-year, $22 million contract.
Projected role: Starting wide receiver

DL Henry Anderson
Long viewed as a sensible fit for the Patriots’ defense, Anderson can play multiple spots along the defensive line and contribute as a run stopper (third-highest run-stuff rate last season among players with 500-plus snaps) and pass rusher (seven sacks in 2018).
Projected role: Versatile D-line contributor

WR Kendrick Bourne
Bourne was overshadowed by Deebo Samuel, Brandon Aiyuk, Emmanuel Sanders and George Kittle in San Francisco but has the versatility and route-running savvy to succeed in New England. One of the more intriguing training camp battles will between him and Jakobi Meyers, a similar player who excelled in 2020.
Projected role: Either the No. 2 or No. 3 receiver, depending on the outcome of that competition

OT Trent Brown
Brown started every game at left tackle for the 2018 Super Bowl champion Patriots, but he’s expected to start on the right side in his return to New England, with Isaiah Wynn bookending him.
Projected role: Starting right tackle

S Adrian Colbert
Colbert has been with six different teams since he was drafted in the seventh round in 2017 — including Brian Flores’ Miami Dolphins in 2019 and Joe Judge’s New York Giants in 2020 — and hasn’t appeared in more than seven games since his rookie year. The Patriots’ lack of proven depth behind starter Devin McCourty could work in his favor, though. The majority of Colbert’s career snaps have come as a deep safety.
Projected role: Competing for a roster spot as a reserve safety/special teamer

DT Davon Godchaux
The first of New England’s numerous free agent additions, Godchaux has boasted he’s “one of the best nose tackles in the game” when healthy. The 26-year-old missed 11 games with a torn bicep last season but was a top-tier run-stuffer in 2019, leading all interior defenders in run stops, per Pro Football Focus. Run defense was a major issue for the 2020 Patriots — and a clear point of emphasis this offseason.
Projected role: Starting D-tackle

WR Marvin Hall
With just 37 career catches over four seasons (for three different teams), Hall hasn’t been overly productive at the NFL level. But he has averaged an impressive 20.9 yards per reception.
Projected role: Competing with the likes of N’Keal Harry, Isaiah Zuber, Kristian Wilkerson and Tre Nixon for one of the final receiver spots

TE Hunter Henry
The Patriots spent big on Henry and Jonnu Smith this offseason. Why? Because their tight end group has been the NFL’s worst since Rob Gronkowski’s departure. Henry likely won’t provide Peak Gronk-level production, but he’s fifth among tight ends in receiving yards per game over the last two seasons and is a solid run blocker, as well. He and Smith both should start as the Patriots go heavy on 12 personnel (one running back, two tight ends).
Projected role: Starting tight end

OLB Matt Judon
Judon was the priciest of Bill Belichick’s offseason pickups, landing a four-year, $54.5 million deal with $32 million guaranteed. The Patriots hope the two-time Pro Bowler can help reignite a pass rush that struggled to bring down opposing quarterbacks for much of last season. Judon also is a sturdy edge-setter in the run game, experienced in coverage and durable, missing just four games over his five pro seasons.
Projected role: Starting outside linebacker

OL Ted Karras
For a fleeting moment in March, it appeared Karras would be the Patriots’ starting center this season. Then David Andrews re-signed, likely pushing the affable 2016 draftee back into the reserve center/guard role he played during his first three seasons as a Patriot.
Projected role: Top interior O-line backup

LB Harvey Langi
Another returning Pats alum, Langi’s best chance of sticking on the roster is through the kicking game. The Patriots bring back most of their top special teamers but will be looking to replace players like John Simon, Terrence Brooks and Shilique Calhoun.
Projected role: Core special teamer, if he cracks the roster

LB Raekwon McMillan
The Patriots unsuccessfully targeted McMillan in the 2017 NFL Draft, and Belichick has closely followed his career, which featured a season with Flores in Miami. New England had very little depth at inside linebacker last season, so there could be a spot for the former Ohio State star, even with Dont’a Hightower back in the fold.
Projected role: Depth linebacker

DB Jalen Mills
Mills began his career as an outside cornerback but is better suited for the do-everything, Swiss Army knife role he played later in his Philadelphia Eagles tenure. Last season, he played more than 180 snaps each at wide corner, as a deep safety, in the slot and in the box, per PFF. We expect Mills’ job in New England to be similarly multifaceted, though he could see more reps at corner while Stephon Gilmore remains out.
Projected role: Versatile defender who sees time at several different secondary spots

OL R.J. Prince
Formerly with Pittsburgh and Baltimore, Prince has yet to play a regular-season snap at the NFL level. He’s played both right tackle and right guard in previous preseasons.
Projected role: Practice squad

OL Alex Redmond
Redmond was a full-time starter for Cincinnati in 2018, starting 15 games at right guard. But the 26-year-old made just 12 appearances over the last two seasons.
Projected role: In the mix for a reserve O-line spot

TE Jonnu Smith
Smith will play a key role in the Patriots’ offense as he comes over from Tennessee. The big question is how they’ll deploy him and Henry together. Smith played more in-line snaps than Henry a year ago but is the more versatile player, even taking occasional handoffs out of the backfield for the Titans. He’s also one of the NFL’s best at generating yards after the catch. We’ll see if Smith is back to full health now after a hamstring injury sidelined him for nearly all of minicamp.
Projected role: Starting tight end

LB Kyle Van Noy
Van Noy enjoyed a career year for the Patriots’ top-ranked defense in 2019. He’s back after a one-year Miami vacation and should be a boon to New England’s pass rush. Van Noy’s versatility also is key, as he can play either on the edge or off the ball.
Projected role: Starting outside linebacker

TE David Wells
Wells signed with the Patriots over the weekend. He spent a few days on New England’s practice squad last season and has yet to see NFL game action.
Projected role: Camp body

ROOKIES (9):
QB Mac Jones (first round)
Jones versus Cam Newton will be the marquee attraction of Patriots training camp. They split reps relatively evenly during the spring practices that were open to reporters, and the 15th overall pick did not look overwhelmed — though he did commit a handful of notable rookie errors. Our take: Jones would need to outperform Newton by a significant margin this summer to win the starting job — and even then, Belichick still could choose to roll with the veteran in Week 1.
Projected role: Likely QB2 to start but could unseat Newton for the top job with a strong summer

DT Christian Barmore (second round)
Barmore was inconsistent at Alabama but has the potential to become a game-changing three-down defender for the Patriots. There’s a reason he was widely considered the best D-tackle in this year’s draft class — and a potential steal for New England in Round 2. That will take time, though. To start, the Patriots likely will deploy Barmore in specific situations, perhaps in Adam Butler’s old role as the lone down lineman in obvious passing situations.
Projected role: Situational D-tackle

OLB Ronnie Perkins (third round)
Another Day 2 pick who slid further than expected on draft night, Perkins is transitioning from a defensive end — his primary position at Oklahoma — to a stand-up outside linebacker and has a bevy of talented edge rushers above him on the depth chart. For those reasons, the former Sooners star might not see much game action as a rookie.
Projected role: Reserve with upside

RB Rhamondre Stevenson (fourth round)
The Patriots often like to glue their rookie running backs to the bench. Just ask Damien Harris, James White or Shane Vereen. But Stevenson’s uncommon skill set as a big back with pass-catching chops could earn him early playing time, especially with the versatile Rex Burkhead no longer on the roster. He could even push Sony Michel off the roster. Stevenson will need to stay healthy for that to happen, though. He was one of three rookies placed on the non-football injury list last week.
Projected role: Occasional offensive contributor

LB Cameron McGrone (fifth round)
McGrone offers intriguing athleticism and playmaking ability, but he might not be ready to play until 2022 after tearing his ACL last November. Don’t be surprised if the Michigan product spends the entire season on NFI.
Projected role: Rookie redshirt

S Joshuah Bledsoe (sixth round)
Bledsoe also is on NFI as he recovers from a broken wrist suffered in Senior Bowl. The Patriots felt comfortable allowing him to practice with a cast on his hand during the spring, but he’s another prime stash candidate.
Projected role: Rookie redshirt

OL Will Sherman (sixth round)
Sherman played both tackle spots at Colorado and has a shot to stick as a developmental depth option. Belichick also floated the possibility of moving 6-foot-4, 300-pounder at guard.
Projected role: In the mix for a reserve O-line spot

WR Tre Nixon (seventh round)
Personally selected by retiring director of football research Ernie Adams, Nixon likely would have gone a lot higher than 242nd overall had he not missed most of his senior year with a dislocated collarbone. He was a big-play machine at UCF and has the makings of a training camp fan favorite, though he’ll need to stand out from a crowded group of wideout hopefuls to make the cut.
Projected role: Practice squad

K Quinn Nordin (UDFA)
The Patriots’ lone undrafted free agent passed his first test by beating out veteran Roberto Aguayo in spring practice. Next up is a much tougher one-on-one challenge against Nick Folk, who converted 92.9 percent of his field goals in a stellar 2020 campaign. Our money’s on Folk, but the big-legged Nordin will be one to watch.
Projected role: Practice squad 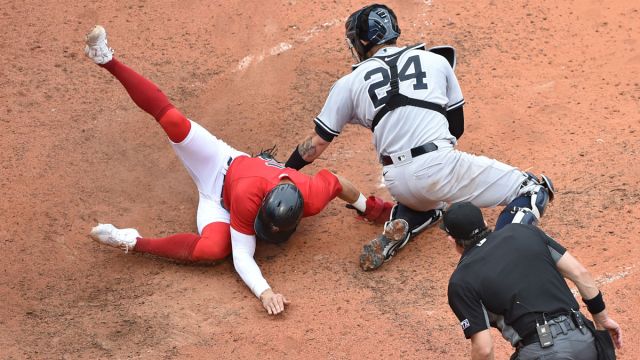 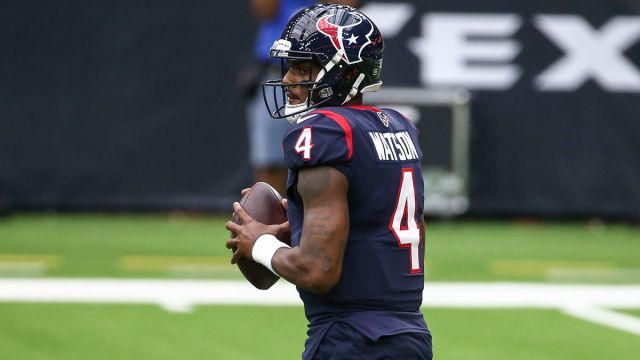