It wasn’t very long into the 2021 Major League Baseball All-Star Game that we saw all smiles from Rafael Devers.

Devers, appearing in his first career Midsummer Classic, logged a double in his first at-bat Tuesday night at Coors Field. The Boston Red Sox third baseman laced a sharp grounder to the right side that took a high bounce and rolled down the first-base line. Devers’ double moved Aaron Judge to third base, and the American League plated their first run of the game on the next batter.

After landing on second base, Devers quickly was approached by fellow countryman Fernando Tatís Jr. and the pair of stars shared a good laugh. Speaking with the media after the AL’s 5-2 win, Devers explained what went down.

“He didn’t say anything; we were just laughing at that little roller I hit,” Devers told reporters, per MLB.com. “I was a little nervous. Thankfully, it was a hit even though it was a rollover. I was just going out there to be aggressive and not be afraid in that moment. Just wanted to make a good swing at anything that was coming my way.”

Devers might have one of his Red Sox teammates to thank for not being overwhelmed by nerves. Xander Bogaerts helped put the 24-year-old at ease with a reminder before the star-studded showdown got underway. 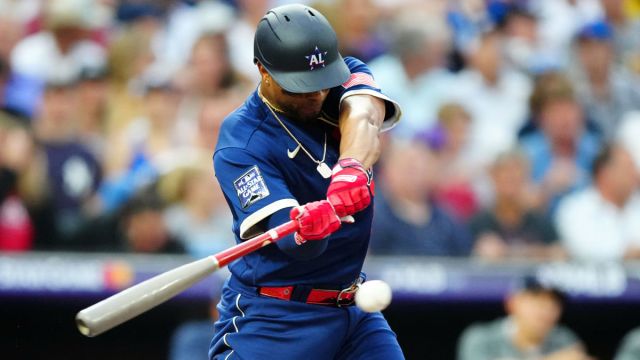 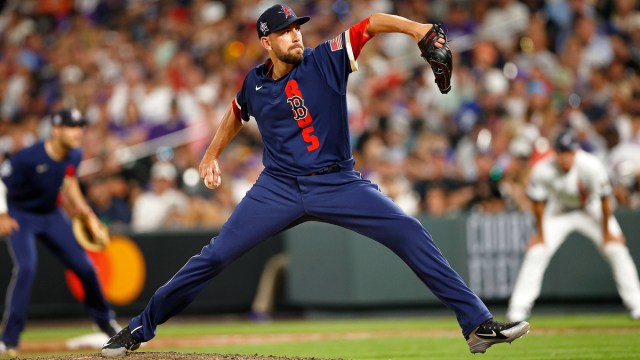