The 2021 Major League Baseball Draft will be unlike any in recent memory for the Red Sox.

That’s because their disappointing 2020 season came with a silver lining: the No. 4 overall pick Sunday night, Boston’s highest draft selection since 1967.

The Red Sox could go in any number of directions with the pick, as there’s no consensus No. 1 prospect and what the Pittsburgh Pirates, Texas Rangers and Detroit Tigers do at the top of the board inevitably will play a major role in who lands with Boston. But such draft capital is extremely valuable, especially as the Red Sox restock their farm system, and chief baseball officer Chaim Bloom and Co. are positioned to add a very talented player to Boston’s pipeline.

Every year is different, obviously. And with this being just the Red Sox’s second draft under Bloom, it’s difficult to pinpoint much in the way of strategy. Doubly so when you consider his first draft with Boston featured unprecedented hurdles — the loss of a second-round pick in a condensed five-round draft, for instance — thanks to the COVID-19 pandemic. But it’s still worth looking back while looking ahead.

Sure, the unique nature of owning such a high pick in 2021 in some ways minimizes what we can truly glean from previous years, the bulk of which involved different front-office regimes. Still, it’s a fun exercise, if only because it shows how much of an inexact science the MLB draft can be annually.

First, let’s recap the Red Sox’s 2020 draft class, which featured only four players, none of whom we can make definitive assessments about because they haven’t reached the majors and still are so early in their development.

(Note: the Red Sox were docked a second-round pick in 2020 as punishment for MLB’s investigation into allegations they illegally stole signs in 2018.)

The Red Sox shocked everyone by selecting Yorke, a high school infielder from California who wasn’t on most radars. But by signing him to a below-slot deal, the Red Sox were able to spend lavishly elsewhere, most notably in the third round when they selected the high-profile Jordan.

Obviously, there’s some subjectivity involved, and in many cases — especially those in more recent years — it’s difficult to make any final judgments. But we can at least take into account production to date and how certain prospects currently are viewed across the industry.

We’ll refrain from considering players who were drafted but did not sign (like Alex Bregman in 2012), and keep in mind the Red Sox have a strong track record on the international market (looking at you, Xander Bogaerts and Rafael Devers), which is a whole different beast.

The Red Sox didn’t have a first-round pick in 2019, the result of penalties for exceeding the luxury tax threshold by more than $40 million. … Cannon is the Red Sox’s No. 39 prospect on SoxProspects.com. … Song is one of MLB’s most fascinating prospects in that he has top-of-the-rotation upside but currently is fulfilling a military obligation that has placed his baseball career on hold.

Casas, widely considered the Red Sox’s top prospect, is moving quickly through the system, showcasing his offensive prowess this season at Double-A Portland. … Duran, a speedy outfielder who has developed power while cutting down on strikeouts, looks like a seventh-round steal in that he’s knocking on the door of a major league call-up while dominating this season at Triple-A Worcester. … Decker is the Red Sox’s No. 27 prospect on SoxProspects.com. … Feltman’s prospect stock has dipped, but his stuff still paints the picture of a potential late-inning reliever. … Ward is one of the Red Sox’s top pitching prospects but underwent Tommy John surgery in June. … Howlett, the organization’s No. 21 prospect on SoxProspects.com, elevated his stock with a strong start to his professional career.

We’re four years removed from the 2017 draft, and there’s not yet much to latch onto aside from Houck, who has flashed intriguing upside at the big league level despite continued uncertainty over whether he’ll be a starter or a reliever in the long run.

Groome underwent Tommy John surgery in 2018 and has struggled to stay on the field. … Dalbec has had some strikeout issues in the majors, but his power is undeniable. … Anderson was traded to the San Francisco Giants in July 2017 as part of the deal for Eduardo Núñez. … Espinal was traded to the Toronto Blue Jays in June 2018 for eventual World Series hero Steve Pearce. … Hart appeared in four games with Boston in 2020 and remains an organizational pitching depth option.

Benintendi helped the Red Sox win a World Series in 2018 and had an all-around good run with the club before being traded to the Kansas City Royals this offseason. … Lakins, Allen and Poyner have major league experience, with varying levels of success.

Chavis continues to provide organizational infield depth. … Kopech solidified himself as a top prospect that Boston then flipped to the Chicago White Sox in December 2016 as part of the Chris Sale trade. … Travis played 111 games in the majors, all with Boston. … Beeks was traded to the Tampa Bay Rays in July 2018 for Nathan Eovaldi.

Ball hasn’t lived up to expectations. … Dubon, traded to the Milwaukee Brewers in December 2016 as part of the Tyler Thornburg deal, continues to log significant innings for the Giants. … Asuaje was traded to the Padres in the November 2015 Craig Kimbrel trade and appeared in 175 games with San Diego.

Marrero appeared in 109 games with Boston before being traded to the Arizona Diamondbacks for Josh Taylor. … Johnson was a versatile swingman over four seasons with the Red Sox. … Buttrey, traded for Ian Kinsler in July 2018, performed well at times with the Los Angeles Angels before retiring suddenly at age 28. … Wendelken, whom the Red Sox traded in July 2013 as part of the Jake Peavy deal, has become a valuable member of the Oakland Athletics’ bullpen.

It’s safe to say the Red Sox knocked this draft out of the park, with Betts, Bradley and Barnes all leaving their mark. … Betts, drafted as a second baseman, ultimately evolved into one of MLB’s brightest stars before being traded to the Los Angeles Dodgers before the 2020 season for Alex Verdugo, Jeter Downs and Connor Wong. … Bradley, now with the Brewers after eight seasons in Boston, earned an All-Star selection in 2016 and won a Gold Glove in 2018. … Barnes, currently in his eighth season with Boston, just earned his first All-Star selection as Red Sox closer. 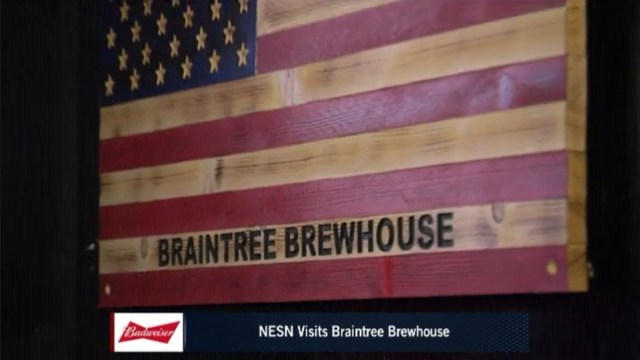 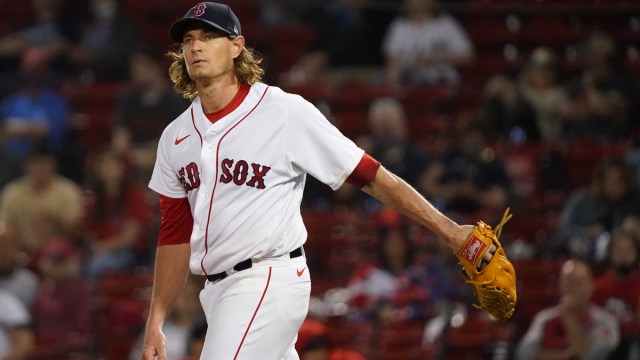