Red Sox Notes: What Made Boston's Win Vs. Yankees Comeback Of Year Skip to content

The Boston Red Sox have put together more comeback victories than any other team in Major League Baseball, but Sunday’s 5-4 win over the New York Yankees at Fenway Park may stand alone.

Kiké Hernández added: “Yeah, it’s one of them. Given the situation, given what happened last night and obviously given the circumstances, it was pretty good. Pretty special comeback. … One of the biggest comebacks of the year, if not the biggest.”

The Red Sox scored five runs on five hits in the eighth inning before Matt Barnes closed the door in the ninth.

Alex Verdugo started the rally with a lead-off double to break up Domingo’s no-hit bid. The Yankee starter, who went seven innings with one hit and one run allowed, then was pulled. And that’s when Boston really put it together.

“The last two days is a great example that contact matters, contact matters,” Cora said. “There’s certain at bats that you have to make sure you put the ball in play and good things happen. They did it yesterday and we did it today.

“We did what we did,” Cora said. “You tell us where and when and we play. I know people get caught up on losing one game, or losing series and all that, but we don’t. We show up every day and we play. Yesterday they took a game from our hands, a few days ago we took one from them. And today we did the same thing.”

— Cora had back-up catcher Kevin Plawecki pinch-hit for Jarren Duran in a big spot in the eighth inning. Plawecki made the decision pay off as he hit into a fielder’s choice, recording an RBI as Cordero scored and advancing Hernández from second to third.

“It’s just the short stroke. He will put the ball in play,” Cora said. “He’s an experienced guy and there’s certain situations that we will use him regardless if he’s that second catcher.”

— Josh Taylor took the mound with the bases loaded and one out in the seventh inning after Yacksel Rios gave up a pair of walks and one hit batter. Taylor retired the next two batters to keep the Yankees’ lead at 3-0 and ultimately keep the Red Sox in the game.

“It was huge,” Cora said. “That was the ballgame right there, although they scored one more.”

Cora said he knew Boston needed someone who would throw strikes, and was confident Taylor would do just that.

— Chris Sale pitched 3 2/3 innings in Double-A Portland on Sunday. He allowed one run on six hits while striking out eight.

Cora acknowledged that if all goes well, and Sale feels good following the start, he will return to the mound next in Triple-A Worcester. Cora anticipates that will be Saturday.

“He did a good job today. He gave us six innings, only scored three runs in a game that we needed to go deep into the game,” Cora said. “He gave us a chance to win the game.”

— The Red Sox, who took three of four against the Yankees, return to Fenway Park on Monday to face the Toronto Blue Jays. 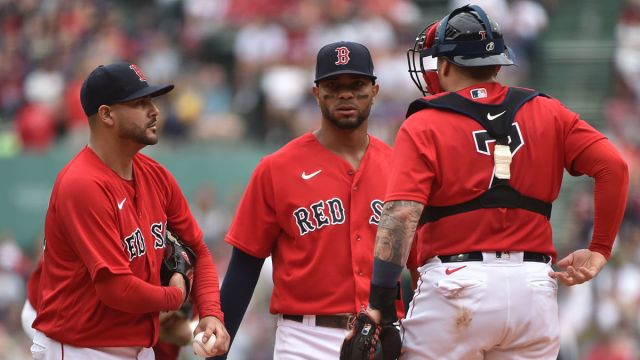 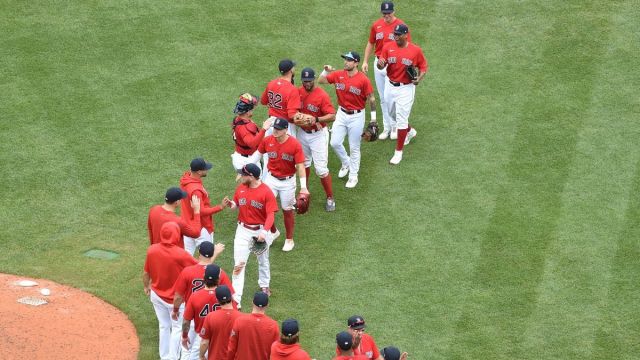