By now, the Seattle Kraken probably know for the most part who they are and are not taking in the expansion draft. But allow the real experts (us) to tell them who they should draft.

The protected lists are in and the Kraken will announce their selections Wednesday. In anticipation of the draft, we decided to take a crack at a mock draft, using the great expansion draft simulator on CapFriendly.

Here’s how it shook out.

And now for the picks.

Boston Bruins: Connor Clifton, defenseman — Clifton’s game has mellowed out, he is on a cheap deal and has a fair amount of playoff experience. Unless they go with an unproven player route (like Jakub Zboril), Clifton is the best value.

Buffalo Sabres: William Borgen, defenseman — Borgen is pretty much the only available Sabres player who either doesn’t have a low ceiling or isn’t on an awful contract.

Calgary Flames: Mark Giordano, defenseman — We’ll call the Flames’ bluff here and actually take their captain. The temptation to go with Oliver Kylington instead was high, but Giordano isn’t that far removed from winning the Norris Trophy. His deal expires after next season, too.

Carolina Hurricanes: Jake Bean, defenseman — The only reason we’re not going Nino Niederreiter is because the Kraken have preached financial flexibility. Bean is an RFA who still has a lot of upside.

Chicago Blackhawks: Adam Gaudette, center — Tough to pass on Nikita Zadorov, but you can buy low on Gaudette, who seemed to flourish with his change of scenery in Chicago. He seems like the perfect bounce-back player with a clean slate in Seattle.

Colorado Avalanche: Joonas Donskoi, right wing — Donskoi has given the Avs a lot while on a good deal that doesn’t expire until after the 2022-23 season. He’s, as you say, a glue guy.

Columbus Blue Jackets: Kevin Stenlund, right wing — We’re going to avoid biting on the Max Domi contract, even though the Blue Jackets don’t have a ton else to offer otherwise.

Dallas Stars: Adam Mascherin, left wing — There’s still a lot of growth left in Mascherin’s game, which should be tantalizing for the Kraken.

Edmonton Oilers: Oscar Klefbom, defenseman — We’ll go with Klefbom so that he can be buried on LTIR for next season. He’s a bona fide top-pairing defenseman, and having that type of player arrive healthy for the 2022-23 season would be a nice surprise for Seattle.

Florida Panthers: Chris Driedger, goalie — The Kraken reportedly have agreed to a deal with Driedger, so he’ll count as their pick from Florida.

Los Angeles Kings: Andreas Athanasiou, forward — You could argue there might be better value elsewhere on the Kings, but Athanasiou can rack up points, which you can’t often find at a $1.2 million cap hit.

Minnesota Wild: Kaapo Kahkonen, goalie — Carson Soucy also is a fascinating option here, but Kahkonen could be a good backup goalie to mix in with Driedger. He’s also still waivers-exempt.

Montreal Canadiens: Cale Fleury, defenseman — Picking Carey Price is good from a mayhem standpoint, but that’s a ton of money. We’ll pick Fleury and have him team up with his brother.

Nashville Predators: Calle Jarnkrok, forward — David Poile clearly wants Seattle to take on one of his bad contracts. No thanks, we’ll go with the 30-point center who makes a quarter of what Matt Duchene does.

New Jersey Devils: Nick Merkley, right wing — The scoring hasn’t translated much to the NHL, but he’s a restricted free agent who likely has not come close to reaching his full potential.

New York Rangers: Colin Blackwell, center — Blackwell is a useful player, and he seems like the type who would benefit from receiving a fair shake on a team like the Kraken.

Ottawa Senators: Evgeni Dadonov, right wing — Dadonov comes with a big ticket, but we’ll take the risk for someone with a shot like his.

Philadelphia Flyers: James van Riemsdyk, left wing — A lot of money to take on, but probably the type of player you’d like to have around the building of a new franchise.

Pittsburgh Penguins: Zach Aston-Reese, left wing — There’s more to his game than what Pittsburgh has gotten out of him. Time for a new start.

San Jose Sharks: Ryan Donato, left wing — Not many good Sharks to choose from. The best bet is to hope that yet another new team ultimately will help Donato reach his offensive potential.

St. Louis Blues: Vince Dunn, defenseman — The Kraken would be stupid not to take Dunn.

Tampa Bay Lightning: Yanni Gourde, denter — Seattle is going to get a real good player from the Lightning. We choose Gourde because he can do a little bit of everything and is under contract through 2024-25.

Toronto Maple Leafs: Travis Dermott, defenseman — Dermott is only 24 and seems like he still is improving.

Vancouver Canucks: Zack MacEwen, forward — He hasn’t quite found it yet in the NHL, but he has great size, has shown the ability to be a sparkplug and could be a nice bottom-six piece.

Washington Capitals: Vitek Vanecek, goalie — We need a third goalie and Vanecek at times was outplaying Ilya Samsonov. It helps that he’s also going to be an RFA next season.

Winnipeg Jets: Dylan DeMelo, defenseman — No one on the Jets makes us steer from the conventional thinking, which is that DeMelo is basically the only player worth taking from Winnipeg.

At this point, the Kraken would probably start moving players around and acquiring assets. But say they don’t (they will), here’s a mock opening lineup with this group.

There is a bit to be desired down the middle. Receiving a legit top-line center would help get more out of Jarnkrok and Gourde, but that’s probably enough to tide Seattle over for now. 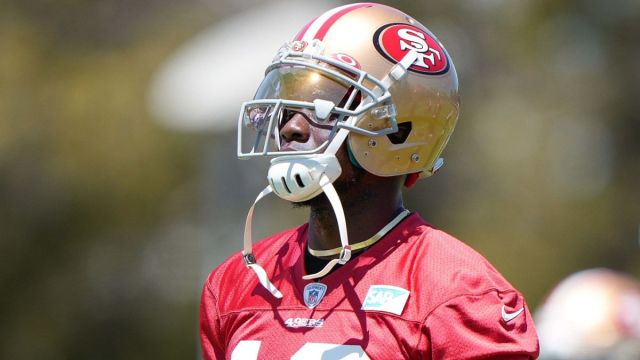 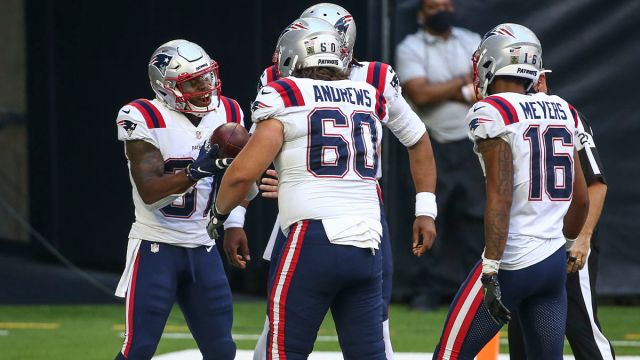