Should Celtics Consider Either Of These Potential Marcus Smart Trades? Skip to content

Boston Celtics guard Marcus Smart has continued to find himself in potential trade scenarios this past week.

Sports Illustrated’s NBA insider Chris Mannix, for one, noted how Smart has a “really good market” and could be included in a trade with the Portland Trail Blazers which lands CJ McCollum in Boston.

“If Portland keeps (Damian) Lillard — that’s why (CJ) McCollum is intriguing for Boston, because Smart would probably complement Lillard differently at least than McCollum does,” Mannix said recently on The Bill Simmons Podcast.

Simmons offered his own insight on Smart during his latest podcast. And the veteran writer for The Ringer acknowledged now how maybe the Celtics trade Smart for the seventh pick in the 2021 NBA Draft, which is possessed by the Golden State Warriors. Simmons added how anything in the “7-9 range is probably his value.”

It begs the question: Should the Celtics consider either one of those proposed trades?

Let’s start with the latter of two trades propositions, and we’ll be quick. The Celtics absolutely should not trade Smart for the No. 7, No. 8 or No. 9 pick in the upcoming NBA draft. Smart, while certainly a flawed guard, offers much more than any incoming rookie could, especially for a team which already is extremely young. It wouldn’t make sense for a team that should be able to compete for a championship in the not-too-distant future.

The proposed one-for-one deal with McCollum is much more enticing.

McCollum would be a significant addition next to Jayson Tatum and Jaylen Brown. And while the 29-year-old may not be as steady on the defensive end as Smart, he is more advanced on the offensive end. McCollum can create for others if Tatum and/or Brown are not on the floor all while his off-ball ability would pair well with the tandem. And he’s played with star talents like Damian Lillard so he knows what to expect coming into a situation with a budding MVP candidate in Tatum.

McCollum averaged 21.8 points and 3.8 assists per game while shooting 46 percent from the field and 40 percent from 3-point range over his last six seasons.

Both president of basketball operations Brad Stevens and head coach Ime Udoka have acknowledged the impact they believe Smart has on the team. It makes trading the veteran guard a bit less likely, but if the Celtics are presented a trade which gets an established veteran like McCollum in return, they definitely should consider it. 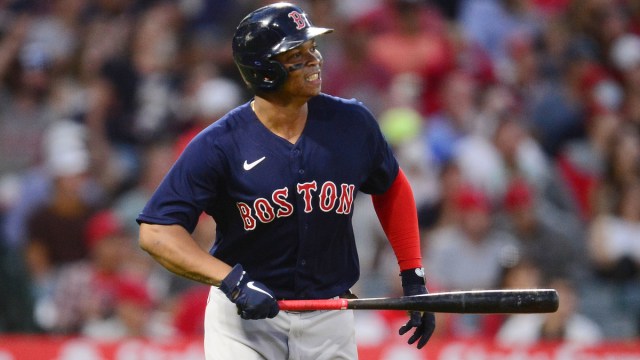