LOUDON, N.H. — “Pinch me” probably is the last thing a NASCAR driver should say after winning a Cup Series race at New Hampshire Motor Speedway.

Foxwoods 301 victors annually claim two trophies. One of them is a more standard, but nonetheless awesome, trophy themed after Foxwoods Resort Casino. The other is a real lobster, first presented alive and well in victory lane and later delivered as mounted taxidermy.

Some drivers embrace the hallowed crustacean; others, like Denny Hamlin, legitimately are terrified of it.

But how did we get here? What goes into such a unique trophy presentation?

Ahead of Sunday’s race at NHMS, NBC Sports caught up with Tom Voyer, the taxidermist responsible for NASCAR’s most unique trophy.

“We wanna be different, we don’t want a plastic trophy,” Voyer said told NBC Sports. “We don’t want a silver bowl or a platter. We want to really show New England.”

” … I’m a taxidermist that sort of deals in the odd and unusual. That sort of got me into doing lobsters, which is an unusual animal to mount. Which got me into providing the trophies for the NASCAR races.”

Voyer, a Gilmanton, N.H., native, works at Makris Lobster & Steak House in Concord, the state capital. It’s there where the lobster begins a process that ultimately lands it on a driver’s wall.

“The lobster is brought right back to restaurant immediately because you want the meat to be fresh,” Voyer said. “Jim (Employee/friend) will usually cook it, steam it, and then he’ll call me.

“I usually put about 50 hours into a mount. Between taking it apart here at the restaurant and preserving the meat in the freezer for the driver, bringing it back and preserving the integrity of the shelled material, putting it all back together. I probably got six hours a day if I’m rushing it.”

Voyer added: “It’s New England, that’s what we use as a NASCAR trophy. And it just represents us up here.”

The final product typically is awarded at NHMS to the winning driver a year after the victory, during the lead-up to next Foxwoods 301. The process was upended because of the COVID-19 pandemic.

Kevin Harvick, the 2019 winner, was given his lobster over the weekend, an NHMS official told NESN.com on Sunday, whereas 2020 victor Brad Keselowski last week received his at his shop in North Carolina. 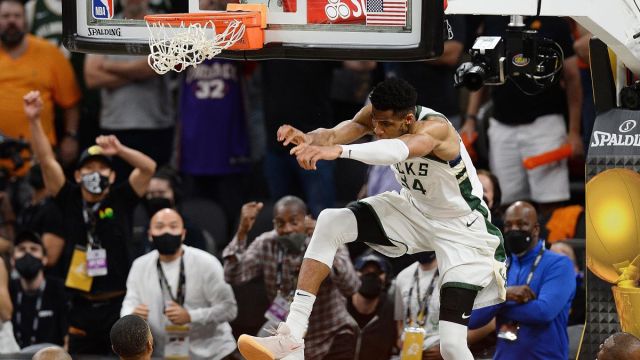 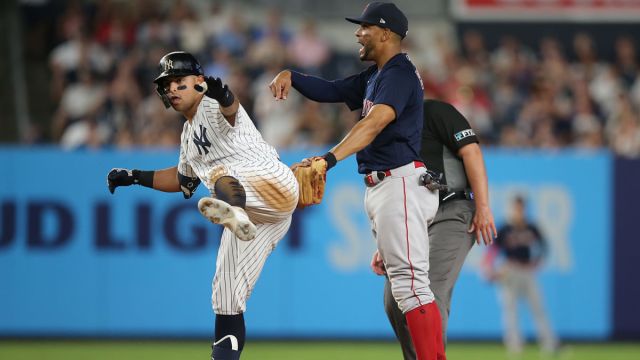