Octavio Duran had the opportunity to watch his son fulfill a lifelong dream over the weekend.

Jarren Duran made his Major League Baseball debut Saturday night at Yankee Stadium. The 24-year-old was supposed to play in his first big league game Thursday when the Red Sox were scheduled to open their series against the Yankees, but the contest was postponed due to New York’s COVID-19 issue.

The change in plans brought on a wave of emotions for the Duran family, but it didn’t alter Octavio’s message to Jarren.

“It was like a roller coaster,” Octavio Duran told The Boston Globe. “I was so pumped up, then he wasn’t going to play. It was just an up and down experience, an emotional roller coaster. We talked about just enjoying the moment, don’t let it get too big — just enjoy it. Slow the game down, and you’ll do great.”

The outfielder didn’t look the slightest bit overwhelmed as he stepped into the batter’s box for his first MLB a-bat. Jarren Duran took the first pitch he saw from Gerrit Cole — a 95 mph fastball — and laced it up the middle for a single.

It was a moment the whole Duran family surely will never forget.

“Watching that hit was unbelievable,” Octavio Duran told the Globe. “Words can’t explain what it feels like to get your son, all these years of working so hard to get to the highest level of baseball, it’s just a great accomplishment. It’s just … I’m speechless.” 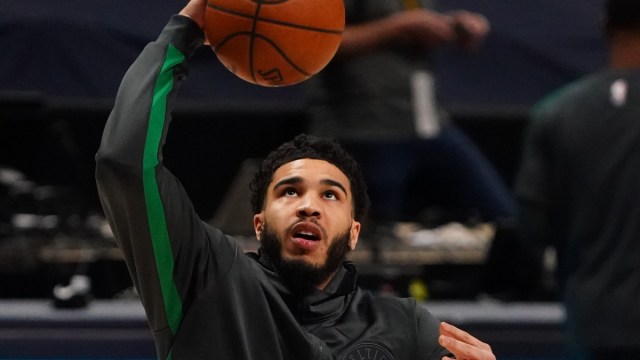