The Yankees earned their first win over the Red Sox this season Saturday night, but Aaron Boone wasn’t all smiles following his club’s much-needed victory.

A fan at Yankee Stadium who threw a baseball at — and hit — Alex Verdugo drew the ire of the New York manager. Prior to the start of the bottom of the sixth inning, Verdugo threw a ball to a Red Sox fan in the left field stands, but it ultimately ended up with a Yankees supporter. That fan then threw the ball at the back of Verdugo, who understandably took great exception. So much so that Boston skipper Alex Cora briefly took his team off the field in order to relieve some tension.

Speaking with reporters after the game, which was limited to six frames due to inclement weather, Boone addressed the unfortunate incident.

“That’s my understanding, that someone threw a ball and hit him point-blank from behind. It’s awful and embarrassing, unacceptable,” Boone told reporters, per a clip shared by SNY. “My understanding is they did catch the guy. Hopefully, he’s in jail right now. Yeah, it’s just a bad situation. If I was Alex Cora, I would have done the same thing as far as going out and getting his guys off the field. There’s zero place for that in this great game, in this great rivalry. Players should never feel like they ever have to worry about anything like that. So, you know, I already reached out to Alex Cora, just apologized, and to Alex Verdugo. That’s just a terrible, bad, sad situation and sorry about that.”

Cora offered similar remarks in his postgame availability, noting he was “in shock” to see a fan throw a baseball at a player.

The American League East rivals will wrap up their series Sunday night in a primetime matchup. Martín Pérez is slated to take the mound for the Red Sox opposite Jameson Taillon. 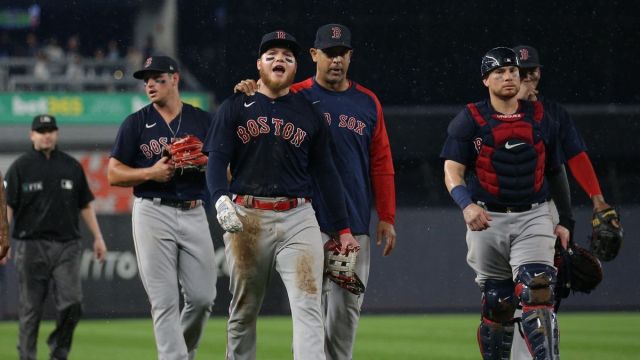 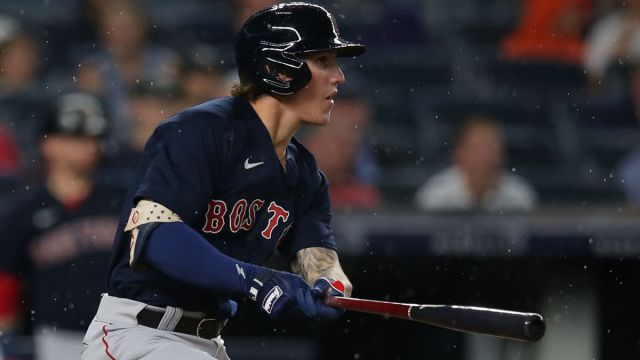