There’s no hiding that Matt Barnes has been struggling for the month of August.

That trend continued Tuesday night when the Boston Red Sox closer was unable to get an out in the ninth. Hansel Robles came in to secure the 11-9 win against the Minnesota Twins, but had it not been for Kiké Hernández’s late-inning home run, Barnes would have given up the game-tying homer.

It’s unclear what the future holds for Barnes as closer. He was adamant after Tuesday’s win that he was going to get out of the funk and fix whatever it is that’s wrong. When asked if he’d be comfortable stepping out of the closing role for a bit, the right-hander said that was up to manager Alex Cora and pitching coach Dave Bush.

Well, Cora met with the media prior to Boston’s middle game against the Twins at Fenway Park and touched on what’s next for Barnes, who won’t be available Wednesday night.

“Obviously the results are not there,” he said. “This happens to a lot of people, a lot of closers around the league.”

Cora referenced Chicago White Sox closer Liam Hendricks tipping pitches, which was caused him to struggle on the mound. But Barnes isn’t Hendricks, and the Red Sox know their focus needs to be in righting the ship.

“But at the end of the day, we don’t really care about that,” Cora said of other pitchers tipping pitches. “It happens. We’ve got to correct it, we gotta work with him and we gotta get him in a better place.”

So, how easy of a fix will this be?

Cora didn’t confirm nor deny whether Barnes’ next appearance would be as a closer or as a set-up man.

“We’ll see how the games go,” Cora said. “We’ll use him accordingly. I don’t wanna say he’s not the closer, he is the closer. … We gotta get him right, and there’s different ways of doing that — low-leverage situations, big lead late in the games. I think that’s the goal right now. We gotta figure out some stuff today as far as like his mechanics or whatever we find today and go from there. … We need to dig in first and get him right and then we’ll make decisions.”

The Red Sox do have sole possession of the second Wild Card spot with a two-game lead over the Oakland Athletic’s, but they certainly will need Matt Barnes to be on his A-game should they want to make a lengthy run. 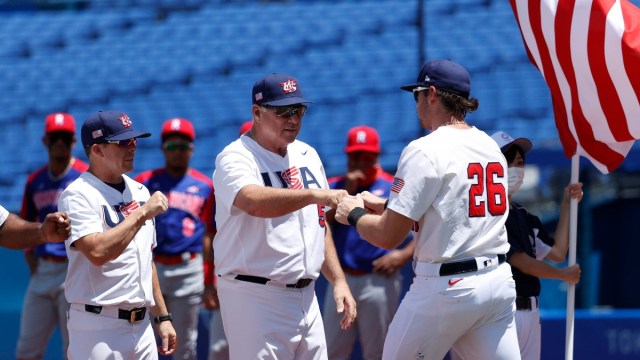