Newton, Wallace believed, was being too conservative during his practice drills against the Eagles defense, settling for short passes to running backs rather than pushing the ball downfield.

On Thursday night, Newton responded to the second-year defensive back — both on the field and in his postgame news conference.

Newton’s final throw in his team’s 35-0 preseason rout of the Eagles was a 28-yard touchdown pass to Jakobi Meyers. Wallace was the closest defender in coverage.

Afterward, the Patriots QB coined his own nickname for Wallace: “Glitter.”

“Oh, that’s Glitter,” Newton said when a reporter informed him what number Wallace wore. “… He was cheerleading a lot on the sideline. Cheerleaders usually have glitter on.”

Newton did complete a few checkdown passes in his two series of action Thursday, but he also connected on several intermediate strikes, hitting Meyers with passes that traveled 18, 10 and 8 yards in the air and finding Kendrick Bourne on one completed 19 yards downfield.

The veteran signal-caller was a hyper-efficient 8-of-9 for 103 yards and a touchdown with a passer rating of 151.4. It was one of Newton’s best passing performances as a Patriot — though he was working against a Philly defense that did not play many of its starters.

As for Wallace’s comments themselves, Newton downplayed them, pointing to the highly competitive environment joint practices create.

“It’s preseason,” said Newton, who is looking to hold off rookie Mac Jones and keep his starting spot. “But he was still cheering his team on on the sideline. You said it was 42? … Yeah, 42. He was out there. Hey, tell his coach to play man-to-man then. I’m just doing what I’m told just like he’s doing what he told. If you feel like we’re checking down, just giving what the defense gives us… It’s no need to kind of feed into this, because any time you have a joint practice with a bunch of alpha males, certain things are going to be said.

“But we did have fun, we did get better as a team, and then we just came out here and sealed the deal as far as another notch of moving in the right direction as the season progresses. So that’s what it’s all about.” 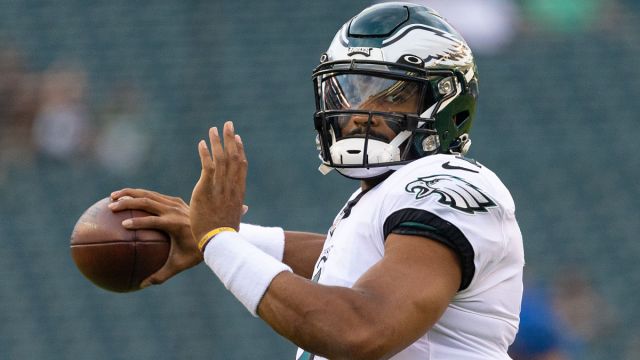 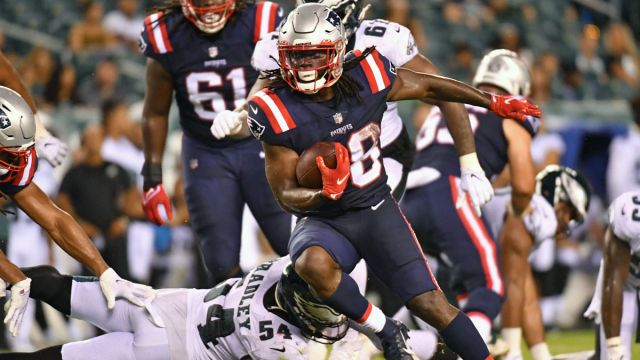 Rhamondre Stevenson Might Not Love Cam Newton’s Nickname For Him