If there’s one takeaway from how the Boston Celtics strategized their free agency plan this offseason, it’s that they seem to be positioning themselves better for next year’s.

Obviously signing Evan Fournier would have been ideal, but he’s reportedly off to New York to play for the Knicks on a four-year, $78 million contract that Boston clearly wasn’t willing to meet.

Not with the flexibility that now awaits them next season.

It seemed as though Boston’s front office had one foot in the water and the other in the sand when it came to Fournier re-signing. They probably wish it could have worked out under more favorable terms, but not for what it could cost them in the Bradley Beal sweepstakes next year. Because all evidence suggests they’re a favorite to land the Washington Wizards All-Star.

Honestly, the fact that the Celtics made no signings on Day 1 of free agency suggests it might be their biggest focus. They saw the repercussions of hard-capping themselves last season with the Tristan Thompson experiment, and Brad Stevens appears to be steering a different ship than his predecessor. He’s in it for the long haul.

Hopefully the Celtics’ plan works out. It would be a real shame if they didn’t land the third star they’re after next year, and as a result, lost their own free agents. We’ll see where else they shed salary before it’s time to do this all over again next year.

Now, on to this season’s squad.

— As the roster takes shape for next season, it’s clear the front office is getting back to basics and prioritizing defense with the additions of Al Horford, Josh Richardson and Kris Dunn.

Outside of the starting lineup, though, this team still lacks scoring and depth.

After trading Tristan Thompson and Moses Brown, the Celtics suddenly lack a serviceable big behind Horford and Robert Williams. With Fournier moving on to the Knicks, there’s an even more glaring need for a scorer off the bench as well.

It will be interesting to see how coach Ime Udoka experiments with lineups. Jayson Tatum, Jaylen Brown, Al Horford, Josh Richardson and Marcus Smart could be a solid starting five, but it also isn’t hard to imagine Smart getting swindled into coming off the bench so Udoka can experiment with a double-big lineup, starting Rob Williams over Smart.

With whoever the sixth man ends up being, along with Dunn, that gives the Celtics a rotation that’s only seven-players deep, realistically. Of the youngsters at the end of the bench, Stevens needs to seriously ask himself if any of them (save for maybe Romeo Langford) are worth developing. He would know, but it’s time to fill the rotation with NBA players.

For the 2022-23 season the cap increases to $119 million, benefitting the Celtics if they do hope to go in on a free agent prior to its start.

— While the Celtics hang tight, an Eastern Conference rival to the south loaded up. And sheesh.

The Miami Heat become an automatic on-paper contender, re-signing Duncan Robinson and extending Jimmy Butler and Bam Adebayo. Then they went out and got coveted Toronto Raptors star Kyle Lowry and poached P.J. Tucker from the Milwaukee Bucks to join the squad in South Beach. Defense will be played.

— That being said, it can’t end there for the Celtics in free agency, right?

There still are players on the market Boston could bring in, and the case should be made for Patty Mills, whom they reportedly have interest in. Addressing that need for a spark-plug scorer off the bench, Mills has made a career from deep with the San Antonio Spurs and would fill that role well. A veteran locker room presence would be a welcome addition, too.

After 10 years in San Antonio with the Spurs, he should be the Celtics first call. Boston struggled to find scoring when Tatum and Brown rested last year. Mills is as streaky of a scorer as there is in the league, but he fills a huge need and is in their price range. 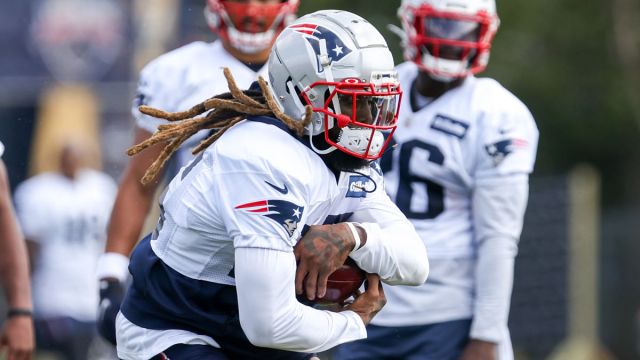 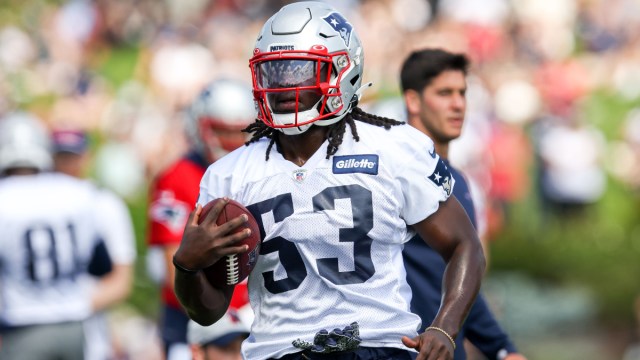