There was a bit of a donnybrook Wednesday afternoon in Foxboro.

The New England Patriots and New York Giants currently are taking part in joint practices outside Gillette Stadium. Such practices have a tendency to get a little chippy, and that’s exactly what happened between the Pats’ offensive line and New York’s defensive line.

Mike Onwenu and Dexter Lawrence got into it after a rep against one another, and so started the pushing and shoving. It ended up with a big dogpile on the field that had to be broken up.

It can be tough to tell what exactly sparks such frustrations. More often than not, it’s just the heat of the moment and competing against players that aren’t your teammates.

Patriots center David Andrews said (joked?) that it all started over, baseball?

Considering it was New York and Boston teams, perhaps the conversation was about Anthony Rizzo.

Either way, this has become somewhat of a trend for the Giants. They’ve fought each other, the Cleveland Browns and now the Patriots this preseason. 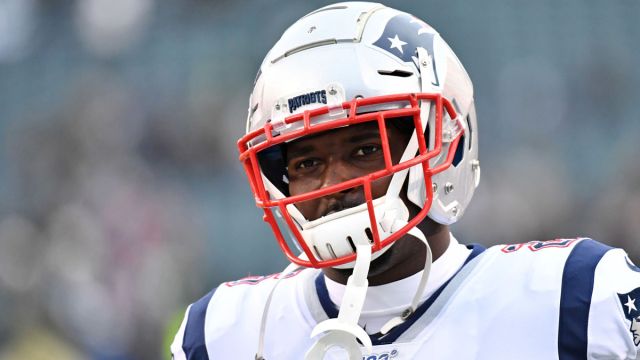