Stephon Gilmore might not perform up to his lofty standards this year but he likely will remain an elite player.

ESPN’s ranked the New England Patriots cornerback No. 26 on its list of the top 100 NFL players for the 2021 season. Gilmore missed training camp and preseason as he continues to recover from the quad injury, which ended his 2020 season prematurely. Bill Belichick insists Gilmore’s return is a “day by day” proposition, and ESPN reckons he’ll reassume his place among the top shutdown cornerbacks once he retakes the field.

“The 2019 Defensive Player of the Year has the size, speed and physicality to match up against a variety of pass-catchers, which former NFL cornerback Brandon Flowers recently opined makes him the league’s best corner,” ESPN’s Mike Reiss wrote. “Gilmore has been voted to the Pro Bowl each of the last three seasons.”

Those numbers would exceed the totals Gilmore racked up in the 11 games he played in 2020 and are a little short of those he posted between 2017 and 2019.

It’s unknown whether the Patriots will place him on the physically unable to perform list to start the 2021 season. Doing so would rule out Gilmore until late October, costing him the first six games, and obviously degrade his chances of fulfilling ESPN’s projections.

There also is the not-so-small matter of his contract situation. Gilmore is set to earn just $7 million in base salary this season and wants a new deal. Trading the defensive star is one option the Patriots reportedly are weighing, as Week 1 nears.

This season likely will be a pivotal one in Gilmore’s career, and it remains to be seen when, where and how he’ll play upon returning. Nevertheless, ESPN has gone out on a limb and ranked him just outside the top quarter of all players. 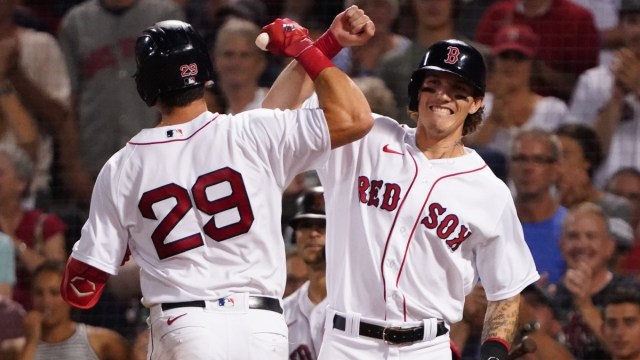