Stephon Gilmore has yet to take part in a practice since training camp opened, but he continues to find a way to make an impact on the New England Patriots.

Gilmore is both rehabbing a quad injury and angling for a new contract. While some players would elect not to be around the team during that time, it’s actually quite the opposite for Gilmore.

The 2019 NFL Defensive Player of the Year has been actively involved with the Patriots this camp. That got him the nickname “Coach Steph” from New England cornerback coach Mike Pellegrino earlier this month.

In the nearly three weeks since Pellegrino gave Gilmore that nickname, nothing has changed.

“His participation in the building has been phenomenal,” Pellegrino told reporters Sunday, via ESPN’s Mike Reiss. “I joked last meeting about him being Coach Steph. He’s been great working with the guys, being in the room, communicating.”

Reading between the lines, it sure seems like Gilmore wants to make things work in Foxboro — it’s hard to believe someone that is hellbent on getting out of town would be taking on such an active role.

But this is an important week for Gilmore and the Patriots. It’s the final week of preseason action, and Gilmore has neither played nor gotten a new deal. It seems like both things need to get done in relatively short order in order to inspire any sort of optimism that he’ll be a key contributor for the Patriots this season. 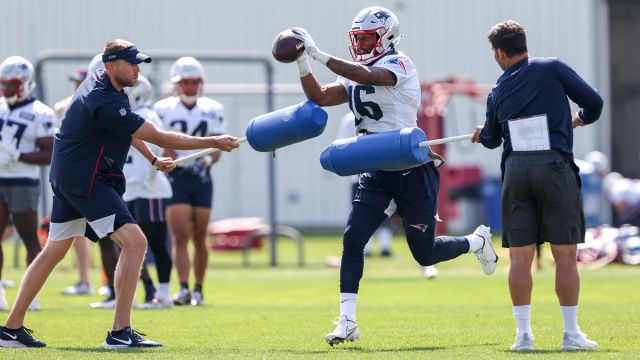 Patriots Wide Receivers Must Help Out On Run, Too: ‘No Block, No Rock’ 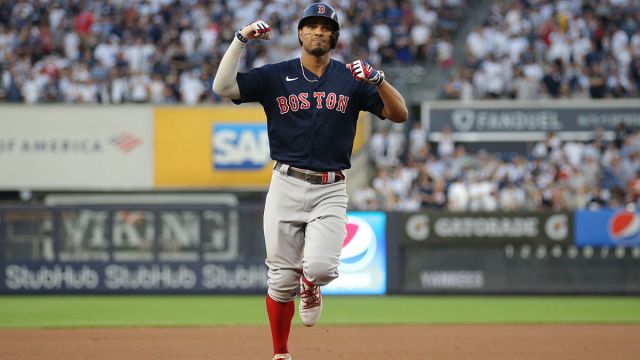