The football field isn’t the only place you’re seeing Tom Brady these days.

Brady has become very active on social media in recent years, and given his status as arguably the greatest football player of all time, virtually all of his posts go viral. Most Patriots fans years ago probably couldn’t have predicted Brady becoming so public, as he was a closed book for the majority of his New England tenure.

“I was extremely shocked, because he’s a very private guy,” Stallworth told ESPN’s Jenna Laine. “I think a lot of it was him wanting to show who Tom Brady really is. He’s a funny dude, and a lot of us have known that over the years.”

Stallworth continued: “He’s definitely loosened up a lot. I’ve just kind of sat back and enjoyed it all. It’s something that I’m personally glad he was able to do. .. People are able to see him for who he is while he’s a player. Because it’s different when you retire. … When you can show the public your personality during your playing days, during the season and the offseason, it just matters more. It means a little more.”

Brady soon will add to his media portfolio. The seven-time Super Bowl champion is set to team up with fellow future Hall of Famer Larry Fitzgerald and Jim Gray for a new podcast. 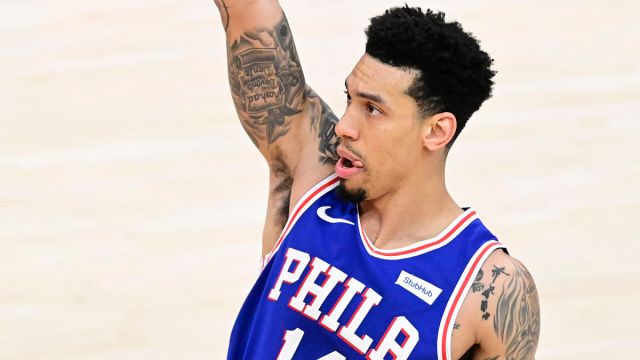