FOXBORO, Mass. — The New England Patriots’ passing game is expected to run through their two big-money tight ends this season.

So, what happens when one of those tight ends is unavailable?

That’s the question currently facing offensive coordinator Josh McDaniels as Hunter Henry recovers from a shoulder injury he suffered during Sunday’s training camp practice. Henry’s timetable for return is unclear, but he did not practice Monday and could miss time during the preseason, according to a report from ESPN’s Mike Reiss.

(UPDATE: ESPN’s Adam Schefter reported Tuesday that Henry will miss “a couple of weeks” but that his injury is “not serious.”)

Fellow free agent signee Jonnu Smith will be New England’s unquestioned TE1 until Henry returns. But there now will be plenty of available reps for 2020 third-round draft pick Devin Asiasi and veteran Matt LaCosse, who were shoved toward the outskirts of the roster by Henry and Smith’s trumpeted offseason arrival.

Asiasi has endured a difficult NFL career to date. He had more missed games (seven) than total receptions (two) as a rookie, sitting out nearly half the season due to injuries and personal tragedy. Then, after a promising showing during spring practice, he tested positive for COVID-19 days before training camp despite having been vaccinated.

The diagnosis kept Asiasi — who called his post-vax positive test “crazy” — away from the facility for more than a week and sidelined him for the first nine camp practices. The UCLA product has participated in the last two practices but admitted he’s not yet back to full speed.

“I don’t think any of us feel 100 percent all the time,” Asiasi said after Monday’s session. “So for me, it’s just about getting back into the groove of everything, getting back into my routine with the guys. … I’m still with my trainers every day. I’m with my coaches every day, taking it day by day, just getting prepared and taking it one step at a time.”

Asiasi has seen just one target in competitive team drills since his return, dropping a pass from Brian Hoyer on Monday. It remains to be seen whether he’ll be fit enough to play in Thursday night’s preseason opener against the Washington Football Team.

“(COVID is) an (ailment) that we’re not really familiar with,” head coach Bill Belichick said before practice Monday. “Everyone’s a little bit different, so we’ll just treat him that way. He’s out here participating. We’ll monitor his progress and just kind of take it not even day by day, I would say monitor it as he goes through practice how he’s doing until we’re sure he’s ready to go out and be a full participant. But I would say we’re not quite there yet. I don’t know how that’s going to go.”

The coronavirus impacted LaCosse in a different way. He was one of eight Patriots players who opted out of last season because of pandemic-related concerns — and one of just three such opt-outs still on the roster, along with linebacker Dont’a Hightower and running back Brandon Bolden.

LaCosse never has been a prolific NFL pass-catcher — his 24 receptions for 250 yards with Denver in 2018 were career highs — and he entered camp on the roster bubble. But he’s enjoyed a solid summer thus far and could secure a spot with a similarly productive preseason, especially if the Patriots opt to carry four tight ends.

“Obviously, I took a year off, but now I’m back in the swing of things,” said LaCosse, who welcomed his first child during his year away. “It’s good. Excited to move forward.”

LaCosse caught 13 passes for 131 yards and one touchdown in 2019, his first year in Foxboro. Since losing Rob Gronkowski, the Patriots have ranked last in the NFL in receptions by tight ends in back-to-back seasons, with Asiasi, fellow third-round rookie Dalton Keene and Ryan Izzo (now with Houston) totaling just 18 in 2020. 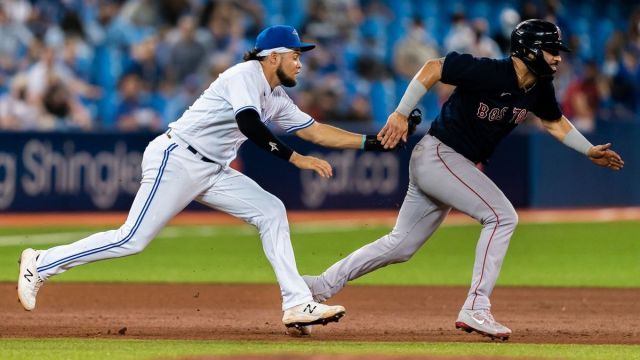 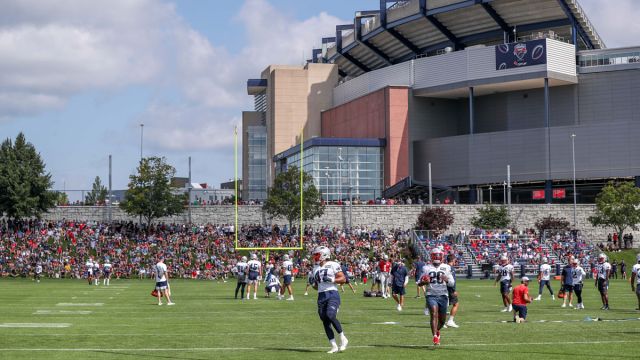