The Alabama rookie outplayed Cam Newton in training camp and the keys to the New England offense are now his. After Newton was reportedly cut around 10 a.m. ET, Jones immediately started to ascend up the football betting boards in the Offensive Rookie of the Year market.

Remember, Jones was being dealt as high as 10-to-1 last week.

Sportsbooks did their best to react to breaking news — not to mention the fast fingers of sports bettors across the country — and move their Offensive ROY markets on the fly. Some shops had a new number within 10 minutes, while others took the odds “off the board” and reposted new ones. There’s no right or wrong way to do it.

Circa Sports in Las Vegas reacted the strongest to Tuesday’s breaking news by dropping Jones all the way to +350 within mere moments of the announcement. So that $100 bet that would’ve won you $1,000 only makes you $350 right now. In fact, Circa currently has Jones and Jacksonville Jaguars quarterback Trevor Lawrence as co-betting favorites.

“We already had liability from weeks ago at higher numbers and I didn’t want to take any more sharp money on Mac Jones,” Circa sportsbook manager Chris Bennett told NESN. “Now I really don’t want to write anymore Mac money.”

PointsBet Sportsbook took its market off the board and recalibrated the odds. It has Lawrence first (+350), then Jones (+450) and New York Jets quarterback Zach Wilson (+600).

“We moved Mac in from +800 to +450 for the Rookie of the Year,” PointsBet senior sports analyst Andrew Mannino told NESN. “We also moved the Patriots in from +350 to +300 to win the AFC East. The feeling in our trading room is that Mac Jones’ arm gives New England a chance to win this year in a way that Cam’s hasn’t. It opens up the offense for things that Bill Belichick wants to do.

“This award will likely come down to Lawrence’s ability to have an impact on what has traditionally been a moribund Jaguars franchise,” Mannino continued. “If he comes in, balls out and keeps them competitive, it will go a long way perception-wise because it’s Jacksonville.”

Newton’s release is just another example of how quickly a betting market can shift because of substantial news. Sure, rumors started swirling last week about Jones being named the Week 1 starter against Miami, but the betting market doesn’t move off air. It takes concrete news or money (or both) to move a line from 10-to-1 to 3-to-1.

That’s what you saw Tuesday.

And those of you that got down on Mac Jones last week probably can’t stop smiling. 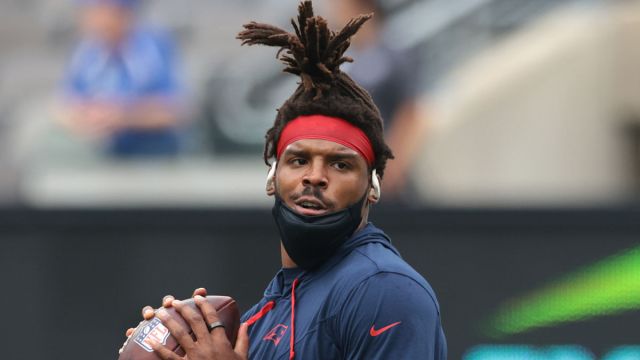 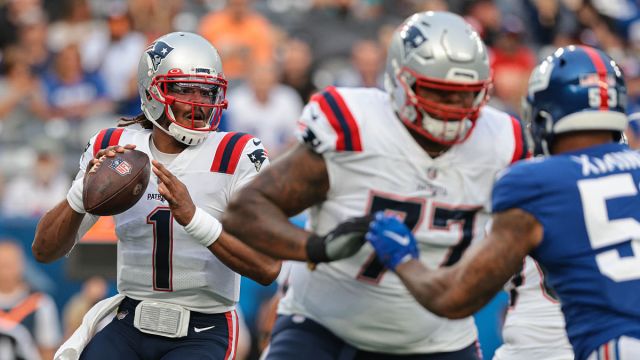