But Colin Cowherd heard Tuesday from a source that Newton’s recent absence from the team due to a COVID-19 testing misunderstanding pushed Bill Belichick and Co. over the edge.

“I was told this morning by a source I trust: the COVID stuff, last straw,” Cowherd said Tuesday on FS1 after news of Newton’s release broke. “One thing about inconsistency. One thing about last year. This year, they were done with it. And so in the end, Ron Rivera and Bill Belichick — both defensive coaches, both smart coaches, both successful coaches, both been in Super Bowls, both bailed on Cam. And they’re both what? No-nonsense head coaches. Ron Rivera and Belichick have no time for nonsense. The quarterback is the position that has to be reliable.

“I don’t want to hear this morning that Mac Jones won this job because he was good against fourth-stringers in the preseason. That didn’t hurt, but you don’t go from backing up to being the only really starting viable quarterback on a team because you were great against the fourth-stringers. Don’t kid yourself. This COVID nonsense — don’t listen to anybody, I’ve got it sourced — it drove (the Patriots) nuts.”

Multiple reports indicated last week there was a level of organizational frustration when Newton was forced to miss several practices due to COVID-19 protocols. Newton traveled outside of New England, and because he was unvaccinated, the 32-year-old was subjected to a mandatory five-day re-entry process.

This seemed like the perfect opportunity for Jones to assert himself in New England’s quarterback competition, and the 2021 first-round pick didn’t disappoint. Still, it was stunning to learn Tuesday that the Patriots were cutting ties with Newton altogether, even though, as Cowherd explained, the writing might have been on the wall.

“New England lets out what they want out,” Cowherd said. “And a day after the COVID snafu, the story leaked they were unhappy. Why? Because when they moved off Cam, they wanted you to know it’s on him, it’s not us, and we’re pissed.

“You don’t go from starting to released because Mac Jones tore it up against fourth-stringers,” he added. “The second snafu COVID, it’s a thing, it’s a thing.”

Newton missed a game last season after being diagnosed with COVID-19. He never really rebounded from the absence — a 26-10 loss to the Kansas City Chiefs in Week 4 — and the Patriots stumbled to a 7-9 record, missing the playoffs for the first time since 2002.

This season was supposed to represent a fresh start, especially with New England adding weapons on offense. But clearly, it didn’t work out as planned for Newton, and last week’s situation might have played a role in his departure. 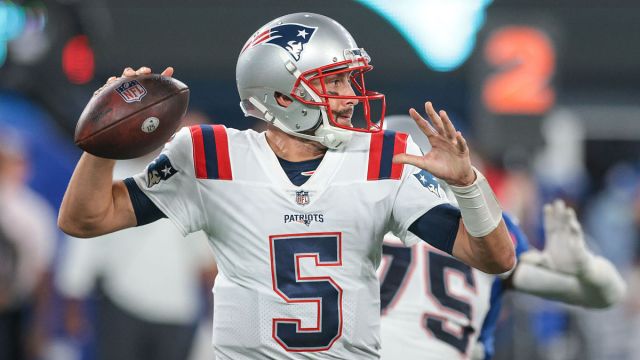 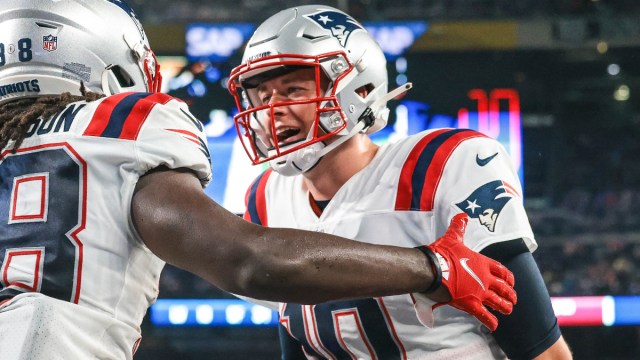