The New England Patriots are buying low on a 2019 third-round draft pick.

The Patriots on Tuesday claimed tight end Kahale Warring off waivers from the Houston Texans.

Warring, who was viewed as a potential Patriots draft target back in 2019, entered the NFL as a raw prospect. He didn’t pick football until his senior year of high school — before that, he played goalie on his school’s water polo team — and posted modest receiving totals in a run-heavy offense at San Diego State.

Bill O’Brien’s Texans were banking on Warring’s potential when they drafted him 86th overall, and that bet busted. Warring missed his entire rookie season with a concussion, then appeared in just seven games in 2020, catching three passes for 35 yards. Houston, now led by former Patriots top executive Nick Caserio, waived him on Monday.

The Patriots now are hoping Warring can realize that potential in a fresh environment. The 24-year-old offers an intriguing mix of size and athleticism, running a 4.67-second 40-yard dash (76th percentile for tight ends) with a 4.25-second short shuttle (78th percentile), 36.5-inch vertical jump (86th) and 122-inch vertical jump (88th) at 6-foot-5, 252 pounds at the 2019 NFL Scouting Combine.

Warring will join a Patriots tight end group that features Hunter Henry, Jonnu Smith, Devin Asiasi and Matt LaCosse. LaCosse has been sidelined since a hard hit knocked him out of last Monday’s joint practice with the Philadelphia Eagles. Henry practiced in a red non-contact jersey Tuesday as he continues to work his way back from a shoulder injury.

The Patriots will host joint practices with the New York Giants on Wednesday and Thursday before traveling to MetLife Stadium for both teams’ preseason finale. New England has until next Tuesday afternoon to finalize its initial 53-man roster. 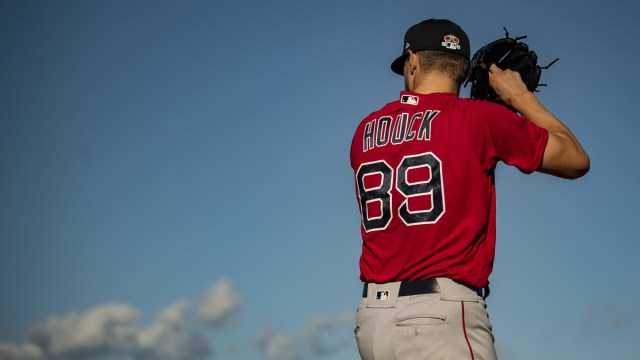 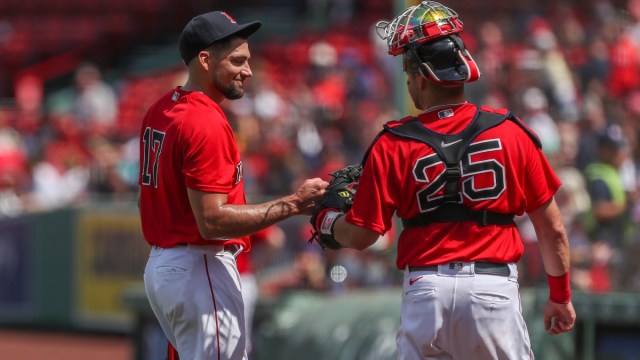