The New England Patriots will be shorthanded at tight end and cornerback Thursday night as they take on the Philadelphia Eagles in Week 2 of the NFL preseason.

Hunter Henry, Jonnu Smith and Matt LaCosse all are not in uniform and won’t play against Philadelphia, according to reporters on-site at Lincoln Financial Field. That leaves second-year pro Devin Asiasi as the Patriots’ lone available tight end, with fullback Jakob Johnson capable of taking snaps there, as well.

Asiasi tallied just two receptions as a Patriots rookie last season and missed the first nine days of training camp after testing positive for COVID-19. The 2020 third-round draft pick has caught just one pass in competitive 11-on-11 drills since returning, hauling in a short touchdown from quarterback Mac Jones late in Tuesday’s joint practice.

At corner, the Patriots likely will be without Stephon Gilmore, who remains on the physically unable to perform list; versatile DB Myles Bryant, who was injured in last week’s preseason opener and hasn’t practiced since; and starting slot Jonathan Jones, who sat out Tuesday’s practice with an undisclosed injury. New England’s top three cornerbacks in that practice were J.C. Jackson and Joejuan Williams on the outside and Jalen Mills in the slot.

Williams will be a player to watch, as he’s looking to keep his roster spot after underwhelming performances in 2019 and 2020. In last week’s game, the 2019 second-rounder had an interception and a pass breakup and led all Patriots defenders in snaps played, but all came against the Washington Football Team’s offensive reserves.

Here is the full list of players not in uniform Thursday night, according to The Athletic’s Jeff Howe:

Bolden is the only new addition to that list. The veteran running back/special teamer was a full participant in both joint practices.

Nixon and Guy saw action against Washington but did not practice this week. LaCosse was knocked out of Monday’s practice after taking a hard hit from Eagles defensive end Derek Barnett.

Wide receiver Nelson Agholor, outside linebacker Chase Winovich and defensive tackle Christian Barmore all are active and could make their preseason debuts.

Barmore, a North Philadelphia native, dressed but did not play last week against Washington. The Patriots traded up to select him in the second round of the 2021 NFL Draft (37th overall), and he’s impressed when healthy this summer.

Assuming he plays, this will be Agholor’s first game as a Patriot. The ex-Eagles wideout signed a two-year, $22 million contract with New England during the offseason and had a strong week of practice against his former team.

Winovich was removed from the PUP list Sunday after missing the Patriots’ first 12 training camp practices.

The Eagles reportedly are giving a number of their defensive starters the night off, including Fletcher Cox, Brandon Graham, Ryan Kerrigan, Javon Hargrave, Josh Sweat, Darius Slay and Barnett. 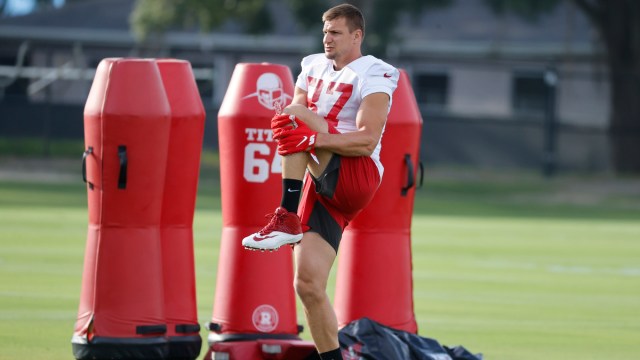 Rob Gronkowski Seems Happy With Decision To Come Out Of Retirement 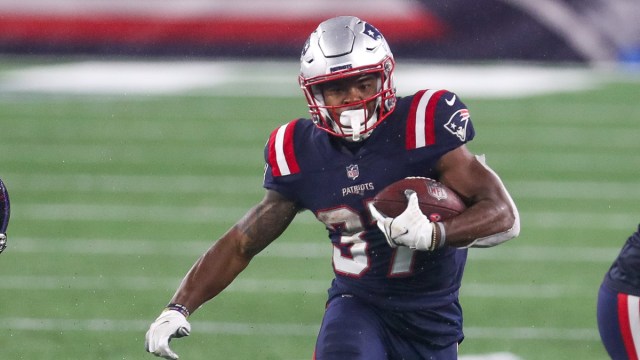