Two things are true about the NFL’s annual Hall of Fame Game, which was held Thursday night:

2) It’s football. Real, actual football, the first any of us had seen since Super Bowl LV six months ago. And from this point forward, there will be NFL or college football each and every week until the confetti drops on Super Bowl LVI in February.

That, my friends, is a beautiful thing.

As the New England Patriots prepare for their first preseason action of 2021 — next Thursday night against the Washington Football Team at Gillette Stadium — let’s dive into this week’s Patriots mailbag.

@PhilLefebvre8
Which rookie will have the biggest impact this season ?
Mac Jones is the easy choice. Even if he doesn’t win starting QB job out of camp — and my money’s still on Cam Newton there — history suggests Jones will take over that role at some point this season. Of the 32 quarterbacks selected in the first round in the previous 10 drafts, only Jake Locker (2011) and Jordan Love (2020) did not start a single game as a rookie.

I also expect second-rounder Christian Barmore to be a contributor at defensive tackle, though likely in a situational role to start.

Beyond those top two, we might not see much of the Patriots’ draft class this year. Ronnie Perkins (third round) and Rhamondre Stevenson (fourth) are in deep position groups; Cameron McGrone (fifth) and Joshuah Bledsoe (sixth) are strong rookie redshirt candidates; and Will Sherman (sixth) and Tre Nixon (seventh) will need to earn roster spots this preseason.

One under-the-radar candidate is undrafted kicker Quinn Nordin, who’s looking to unseat incumbent Nick Folk. Nordin, who can boot the ball to Mansfield but needs to reel in his accuracy, was the only leg in practice Thursday with Folk sitting out.

I can’t see Berry earning much defensive playing time with Matt Judon, Kyle Van Noy, Josh Uche, Hightower, et al ahead of him, but the 2020 UDFA has seen a ton of work on special teams this week, as have Langi and Wilkerson. The best way for fringe roster guys to stick around is by securing roles in the kicking game, so it’s always worth monitoring which players are singled out for teams duties.

Davis, meanwhile, has been flat-out dominant at times in 1-on-1s. And it’s easy to forget he was the Patriots’ most effective nose tackle when healthy last season. (Concussions limited him to just three games.) New England is much deeper up front these days with Davon Godchaux, Henry Anderson and Barmore aboard, but Davis is having the best camp of any roster-bubble D-tackle.

@ryanwanders
Is the Harris hype real or overblown? #CoxTalk
He’ll have to prove he can stay healthy, but I’m very high on Damien Harris heading into this season. His explosiveness has been plain to see in training camp. I think he has real breakout potential.

@bmoser1080
Worst case scenario, Gilmore can?t go week 1. Who plays the other outside corner position next to JC Jackson?
Jalen Mills looks like the top candidate, and that would not be a desirable situation for the Patriots. Mills really struggled as an outside corner earlier in his career before the Philadelphia Eagles moved him into a jack-of-all-trades hybrid role, and he’s had some coverage issues in training camp.

If Mills can be that versatile puzzle piece who can plug in anywhere in the secondary, he should be a solid addition to New England’s defense. But he’d be a gigantic downgrade from Stephon Gilmore as a starting corner.

Joejuan Williams and Michael Jackson also have had more lowlights than highlights this summer. The Patriots badly need to get Gilmore back before Week 1.

@JDEZ1687
I?ve seen Harry?s name a lot since camp started. Do you think he has a higher chance of making the roster now or will he be trade bait?
Both? I’d say Harry performing well this summer boosts his chances of earning a roster spot and increases his trade value. And this has been an especially strong camp from the third-year wideout. He’s been arguably the Patriots’ most impressive receiver over the last three or four days. And perhaps most importantly, he’s stayed healthy thus far after missing time in each of his first two NFL training camps.

I must say, I feel better about Harry’s odds of sticking on the roster through cutdown day than I did at the outset of camp. It wouldn’t shock me, though, if he had an above-average performance in a preseason game and then was traded while his value was at its highest, a la Jacoby Brissett in 2017.

@wifiwolfpack
Aside from Harry, who I’ve seen rave reviews for, who has impressed you the most so far?
Safety Adrian Phillips has probably been the MVP of training camp thus far. He’s been all over big-money tight ends Hunter Henry and Jonnu Smith.

@ChefdDds89
Is Keene getting a 2nd year redshirt? And do you know what?s happening with Wino?
If not a full redshirt, the odds of Dalton Keene at least beginning the season on the physically unable to perform list are rising by the day. He’s been a ghost this summer, unlike most of the other PUP guys, who can be seen rehabbing and conditioning. A prolonged PUP stint might be the best-case scenario for the 2020 third-round pick, though, as he’d have a very difficult time earning a 53-man roster spot at this stage.

As for Chase Winovich, he appears closer to returning, but there’s no word on when that might happen. It’s not even clear what type of injury he’s dealing with. If he stays on PUP through final cuts, he’ll be ineligible to play in the Patriots’ first six games. My guess is he makes it back onto the field this summer and sticks on the roster, but he’s missing out on valuable reps in a crowded outside linebacker room.

@MericanWood1776
How does Hightower look? Any rust from taking last season off?
Dont’a Hightower definitely looks leaner after his year off, and I haven’t seen any evidence to indicate he’s lost a step. He should slip seamlessly back into the Patriots’ defense, playing both off the ball and on the edge. The biggest question with him is how his body will hold up to repeated contact after going 18 months without hitting anybody.

@gbloftus
Which skill player do you think will lead the team in touchdowns this season?
Since I expect the Patriots to lean on the run game again this year, I’ll go with Harris. I think he can get double-digit rushing touchdowns behind this very good offensive line. It’s hard to predict a receiving TD leader between Nelson Agholor, Jakobi Meyers, Smith and Henry. 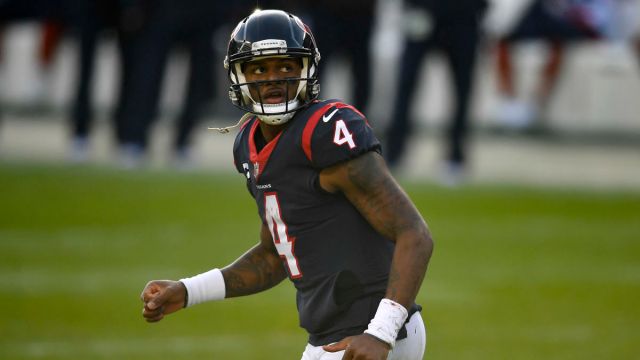 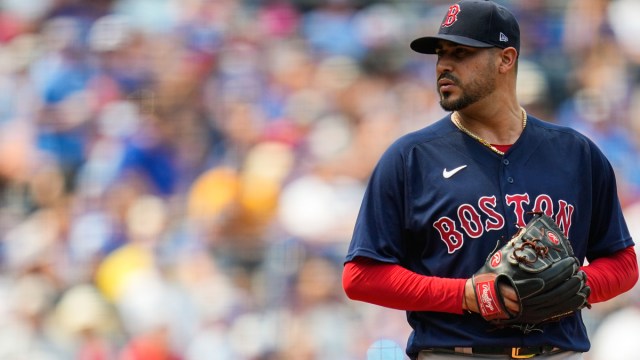