FOXBORO, Mass. — Some assorted notes and nuggets from the New England Patriots’ preseason-opening 22-13 win over the Washington Football Team on Thursday night at Gillette Stadium:

— The Patriots opened the second half with a no-huddle, quick-tempo possession for their Mac Jones-led offense.

Why? To give their rookie quarterback some reps in a simulated two-minute drill.

Jones adapted well to the faster pace, guiding the Patriots down the field with eight consecutive short completions while operating mostly out of spread and empty formations. Of those, only an 8-yard third-down hookup to receiver Kristian Wilkerson traveled more than 6 yards downfield. Four were within 2 yards of the line or behind it.

Jones’ quick trigger has been one of his most impressive attributes in training camp, and this series proved to be his best of the night. The Patriots settled for a 40-yard Quinn Nordin field goal after a defender hit Jones on his ninth pass attempt, resulting in an incompletion on third-and-4.

The first-round draft pick played a total of five series after relieving starter Cam Newton late in the first quarter. He completed 13 of 19 passes for 47 yards in his preseason NFL debut.

“We’ll look at it on film,” Belichick said when asked about Jones’ performance. “(There were) some good things, plenty of things we can improve on. That’s true for everybody.”

— The following 15 players were not in uniform Thursday night:

— Here’s a look at the Patriots’ starting units on both sides of the ball:

Ferentz got the nod at center with Andrews and Karras dinged up. Most of these players were out by the Patriots’ fourth series, but Harry played deep into the second half. He finished with just one catch on one target for 4 yards.

Cornerback/safety Jonathan Jones also rotated in with the top unit. Mills, Bentley, Van Noy and Dugger stayed in the longest of this group, with Van Noy shifting into an off-the-ball role after a few series. Judon was a force in his limited playing time (one QB hit, one third-down run stuff), and Jackson and Phillips made early plays, as well.

“Honestly, he has speed and power,” Bower said. “He’s someone that’s able to run around the edge and someone who can go up and just bull-rush you, as well. And he’s been around a little bit, so he has so much knowledge to give and me and a lot of other guys are just under his wing trying to take everything in, learn as much as we can from him. So, he brings a lot to the table.”

Bower played in seven games. for the Patriots last season. The 26-year-old trying to earn a roster spot in one of New England’s most crowded position groups.

— Speaking of special teams, Nordin went 3-for-3 on field goals in his first game as a pro. The undrafted rookie did shank an extra point, though, which Belichick was sure to mention when asked about Nordin postgame.

“We’ll take a look at it,” the coach said. “He hit a couple good ones, missed an extra point. It’s all about consistency. Quinn’s gotten better, he’s worked hard, but it’s really about consistency at that position. We’re getting there. We’ll see what kind of progress he continues to make.”

Missed PAT aside, Nordin has impressed with veteran incumbent Nick Folk sidelined with an undisclosed injury. During the lead-up to Thursday’s game, the Michigan product went a perfect 14-for-14 across two in-stadium practices.

— This was the Patriots’ first game in front of home fans since the 2019 playoffs, as spectators were barred from Gillette Stadium all last season due to local COVID-19 restrictions.

“It was fun,” said Newton, who’s entering his second season with New England. “It was something that I haven’t witnessed before. Just to see the excitement of everything and for us to get the win, that was pretty cool for us.”

In the final minutes, after Washington appeared to score a game-tying two-point conversion, the crowd pined for Jones, chanting “We want Mac!” The two-point ruling ultimately was reversed upon video review, third-string QB Brian Hoyer remained in the game, and three plays later, rookie running back Rhamondre Stevenson galloped 91 yards for a touchdown.

“That was the first time I felt Gillette Stadium, the crowd with a real game,” Newton said of Stevenson’s big play. “Obviously, it’s preseason, and it only can go up from here.”

— Before the game, Newton shared a moment with Washington head coach Ron Rivera, his former coach in Carolina.

“It was good to see him again,” Rivera told reporters. “He and I are kind of connected for the most part. My first chance in the league as a head coach, and he was our first pick — the first pick of the (2011) draft, actually. So it was good to see him. I’m always cheering for him. He’s a heck of a young man.”

Newton and Rivera served as the Panthers’ starting quarterback and head coach, respectively, from 2011 through 2019. Rivera was hired by Washington last offseason and led the Football Team to an NFC East title in his first year with the franchise. 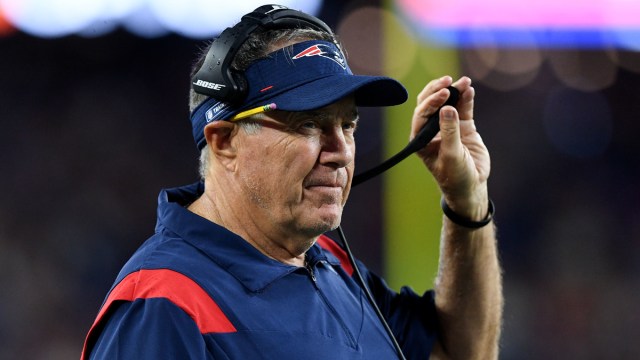 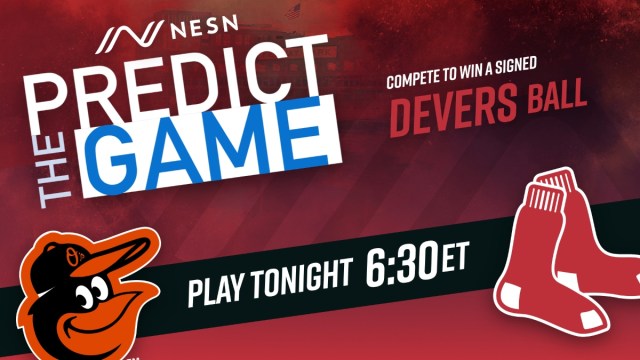