No team wanted Nordin in the 2021 NFL Draft after his lackluster senior season at Michigan, and for several days, it appeared no team was interested in signing him as an undrafted free agent, either.

So, Nordin did what any unemployed 22-year-old would do: he started cruising LinkedIn, looking for job listings.

“I waited four days,” he said Monday. “I was on LinkedIn looking at jobs. I was thinking of maybe going into the military. … Literally, I think it was two days after (the draft), my dad needed the deck power-washed. All my buddies had signed with teams, and I was like, you know what, I could rent this power washer and I could power-wash decks in the neighborhood. …

“Honestly, I was literally on LinkedIn typing in, like, ‘What to do after college.’ So, yeah. Anything and everything.”

But then, Nordin got the call he’d been hoping for. The Patriots, in the market for a young kicker to challenge incumbent Nick Folk, wanted to make him their only UDFA signing. He quickly accepted.

“The Patriots were my only call, so I’m here,” Nordin said. “I’m doing the best I can, and that’s it. … I didn’t have any other choices, so this was the best decision.”

Nordin (pronounced nor-DEEN) might be back to the world of deck-cleaning and online job postings by the end of the month, but he’s built a promising case for a roster spot since arriving in Foxboro in May.

First, he beat out veteran Roberto Aguayo, displaying eye-popping leg strength during spring practice. (Aguayo was cut after minicamp.) Then, after a nondescript start to his first NFL training camp, he broke out by nailing all 10 of his field-goal attempts during last Friday’s in-stadium game simulation, including makes from 55 and 57 yards that cleared the bar with room to spare.

“It was cool to get in the stadium,” Nordin said. “It was cool to kind of get some sort of organized football back. But you’ve got to pump the brakes and remember it’s just practice and just another day.”

Those 10 field goals also were uncontested. Nordin will face his first true test this Thursday when the Patriots host the Washington Football Team in their preseason opener. (It remains to be seen whether Folk, who’s missed the last four practices with an undisclosed injury, will be available for that game.)

Nordin has a clear edge over the 36-year-old Folk in the power department, but he’ll need to prove his accuracy is up to snuff. He converted just 72.4 percent of his field-goal tries over his four seasons with the Wolverines, including just 2 of 5 in the team’s COVID-shortened 2020 campaign.

In his final collegiate game, Nordin missed three field goals, including one in overtime, in a 48-46 triple-OT win over Rutgers.

“My senior year was a humbling experience,” said Nordin, who once was such a highly touted high school recruit that Jim Harbaugh slept at his house to secure his commitment to Michigan. “I went 2-for-5 my senior year. No one wants their last game they’ve ever played of football, you go 0-for-3. … So that’s kind of stuck with me throughout the process — waiting to get a call, maybe not getting a call — and I think that’s really turned me into the person I am today. It’s given me a different perspective and look on things.”

“Quinn’s improved,” Belichick said before Monday’s practice. “He’s still got a long way to go, but he’s improved. (Friday was) a good opportunity for him to kick inside. Of course, it’s ideal conditions. Can’t get it really much better than that. No wind, turf. We’ll keep challenging him in different situations and see how he responds just like everybody else. No rush.”

Celtics’ Romeo Langford Will ‘Be Problem’ With Improved 3-Point Shooting 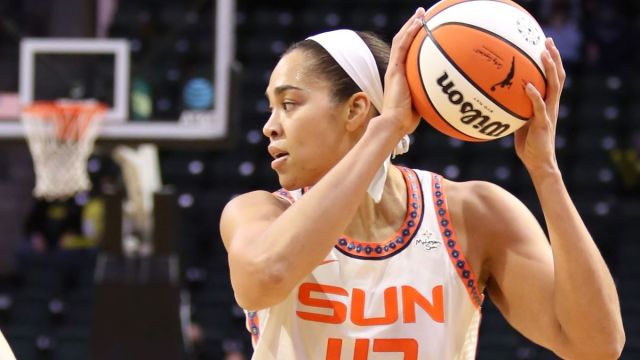