Let’s take a closer look at the Patriots’ snap counts in that lopsided win:

— Mac Jones paced all quarterbacks in snaps played for the second consecutive week, logging 42 over four series. Jones led long touchdown drives on three of those (91, 75 and 70 yards).

Cam Newton, though, was on the field for every snap the Patriots’ starting offensive line played (17 over three series). In last week’s preseason opener, Jones got one drive with the starters and four with the backups. This week, it was all reserves for the rookie.

Both QBs turned in excellent passing performances, with Newton going 8-of-9 for 103 yards and a touchdown and Jones completing 13 of 19 passes for 143 yards. Receivers dropped three of Jones’ passes — including a long bomb to N’Keal Harry and a would-be touchdown to Devin Asiasi — and he spiked one, meaning just two of his throws were inaccurate.

Newton has stood atop the Patriots’ quarterback depth chart since the start of spring practice. The fact Jones, who’s outperformed his veteran counterpart at times in training camp, saw his reps with the starters drop in this game rather than rise increases Newton’s already-high odds of opening the season as QB1.

Asiasi’s goal-line drop came on his only target of the game.

— Stevenson, who will catch grief from the coaching staff for his fourth-quarter fumble, forced a whopping 10 missed tackles on his 15 rushing attempts, according to Pro Football Focus.

— Jakobi Meyers and Nelson Agholor got the starting wideout treatment, playing 15 and 14 snaps, respectively. Kendrick Bourne stayed in for longer, logging 31 snaps before his night ended. Those three look like sure bets to be the Patriots’ top receivers this season.

— N’Keal Harry’s 28 snaps all came in the first half. He suffered an apparent shoulder injury just before halftime and was seen leaving Lincoln Financial Field with his arm in a sling.

— Receiver Kristian Wilkerson was largely quiet in his 39 snaps, finishing with three catches on three targets for 36 yards. Two of his receptions were from Hoyer. Wilkerson’s stock has faded after a hot start to training camp.

— Reserve tackle Yodny Cajuste was the Patriots’ highest-graded pass blocker by PFF, allowing zero pressures in 22 pass-block stops. The 2019 third-round draft pick has yet to play a single regular-season snap in his NFL career.

— Safety Devin McCourty saw the field for the first time this preseason, making a 10-snap cameo. The Patriots gave McCourty a veteran’s night off last week.

— Second-year linebacker Josh Uche left with an injury after just six snaps. He played 30 last week and has been one of the Patriots’ most promising performers this spring and summer.

— J.C. Jackson and Jalen Mills were the Patriots’ starting cornerbacks. When New England went to their nickel package after the opening play, Mills shifted into the slot and Joejuan Williams took his spot outside. The Patriots were playing without injured corners Stephon Gilmore, Jonathan Jones and Myles Bryant.

— Matt Judon has been a flat-out menace in this preseason. He’s played a total of 22 defensive snaps across two games and has a forced fumble, a QB hit, a drawn hold, two tackles that resulted in gains of 2 yards or less, and a forced incompletion in coverage.

Judon was PFF’s highest-graded Patriots defender in both games, earning marks of 92.7 and 93.5 (out of 100). His forced fumble Thursday — off a high snap from center Nate Herbig — set up the Patriots’ first touchdown.

— Outside linebacker Chase Winovich was productive in his 19 snaps, registering two sacks, a tackle for loss and a forced fumble after an early penalty for roughing the passer. Winovich was making his preseason debut after being removed from the physically unable to perform list last Sunday.

— Defensive tackle Bill Murray saw some action with defensive regulars early in the second quarter. The unheralded 2020 UDFA leads all Patriots defenders with seven QB pressures this preseason, per PFF. He also has made appearances on the kickoff and kick return teams — rare for a player at his position.

Murray is a roster long shot but will be a strong candidate to stick around on the practice squad for the second consecutive year.

SPECIAL TEAMS
— Captain Matthew Slater played six snaps after getting the night off against Washington. 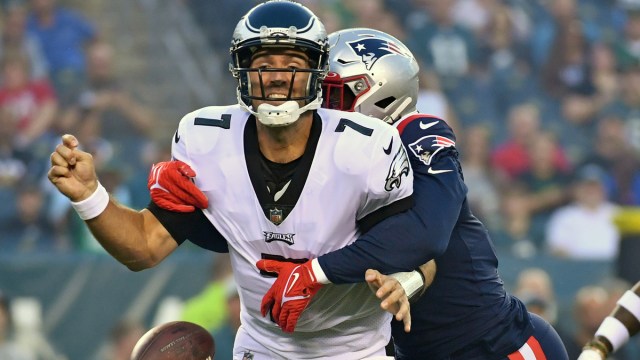 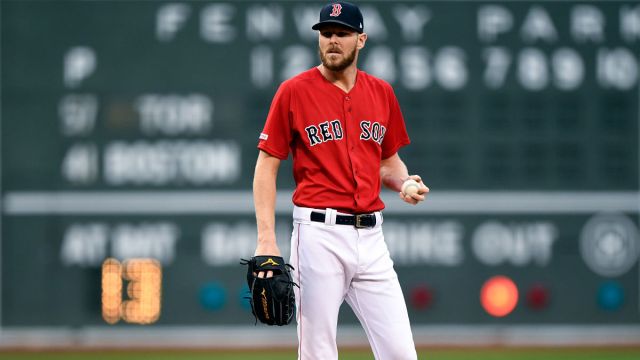