Red Sox Notes: Is Boston Due For Rotation Shakeup As Starters Struggle? Skip to content

It certainly feels as if the Red Sox have reached a breaking point with the back of their rotation.

Martín Pérez struggled again Thursday, allowing three runs while failing to make it through two innings in Boston’s 8-1 loss to the Detroit Tigers. The lefty’s rough outing continued a troubling trend for the Red Sox rotation which, along with struggles from the offense, has contributed to Boston losing six of seven and falling 1 1/2 games behind the Tampa Bay Rays for first place in the American League East.

To be fair, Nathan Eovaldi and Eduardo Rodriguez aren’t immune from criticism. Eovaldi, an All-Star, has surrendered at least five runs in three of his last nine outings and has a 4.94 ERA over his last four starts. And Rodriguez, who pitched well in a win Wednesday, has a 5.33 ERA on the season.

But neither of those players is leaving the rotation anytime soon, assuming health. So, let’s focus on the third, fourth and fifth starters.

Obviously, those numbers aren’t good enough. Neither is the lack of length Boston has received from the three pitchers, particularly Richards and Pérez. So, something likely will change for a team with championship aspirations.

When asked after Thursday’s game about a potential rotation shakeup, Alex Cora didn’t offer much.

“Tomorrow is going to be Nate,” he said, as seen on NESN’s postgame coverage. “We’ll go from there.”

Because of injuries to prospects/minor leaguers, the Red Sox for much of the season haven’t had the depth necessary to experiment with their rotation. But that could change, and change soon.

Tanner Houck has been great in limited opportunities and seemingly could stick in the rotation, although he might be better suited as a multi-inning reliever. We’ll see.

The Red Sox plan for Sale, who has been excellent during his rehab assignment, to make one more start for Triple-A Worcester before rejoining the big league club. Cora has indicated the ace lefty will start, rather than come out of the bullpen.

Seabold, a top 10 prospect in the organization, was acquired with Pivetta last year in the trade that sent Brandon Workman and Heath Hembree to the Philadelphia Phillies. The right-hander was out of action until mid-July due to an arm injury, but he has impressed since returning to Worcester. Seabold was dominant Wednesday night, striking out 10 over six one-hit innings in a WooSox loss. The 25-year-old largely is viewed as major league-ready.

Are the Red Sox days away from shifting to an Eovaldi-Rodriguez-Sale-Pivetta-Seabold rotation? That remains to be seen, but one thing is clear: Boston can’t withstand the rotation’s current level of performance.

Here are some other notes from Thursday’s Red Sox-Tigers game:

“You have to stay strong,” he said. “We haven’t been playing good for a while, but we’re gonna be OK, too.”

He added: “Right now, in all aspects of the game, we’re struggling.”

— Marcelo Mayer, the fourth pick in the 2021 Major League Baseball Amateur Draft, went 0-for-1 with three walks Thursday in his debut with the FCL Red Sox.

— Next up: a pivotal four-game series with the Toronto Blue Jays. 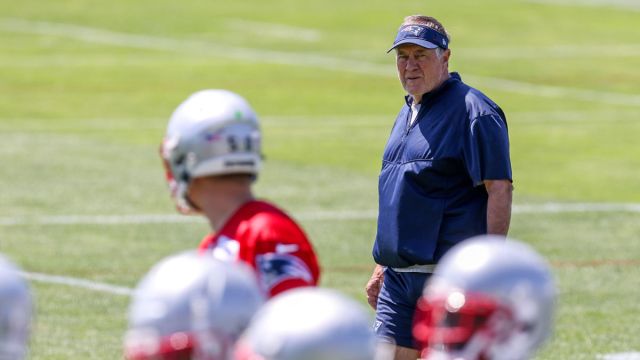 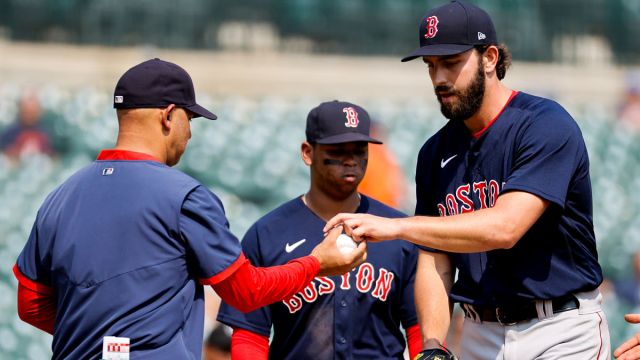