From a pitching perspective, Friday night’s win over the Baltimore Orioles went about as well as you could ask for the Boston Red Sox.

Nick Pivetta started them off, improving to 9-5 on the season after another great outing. Garrett Richards finished it off from there, throwing relief after recently being relegated from the rotation to the bullpen.

But between the two of them, Boston recorded the 27 outs it needed to get back on track and not lose any more ground in the American League East.

“He has a good fastball,” Cora said of Pivetta, who struck out eight Baltimore batters. “At the end he was throwing 97 (mph). And the fact that he can mix his curveball and slider and his changeup, he has a whole arsenal. And, you know, that was a good one today, we needed him to go deep into the game.”

He did indeed, throwing six full innings for Boston. He gave up a single earned run after Richie Martin wrapped a homer around the Pesky Pole. In his last two starts, the righty has gone 12 innings with four hits, one run, three walks and 13 strikeouts. He also got the Red Sox rotation off to a solid week after recent struggles.

Richards obviously experienced the impact of that, with his slump resulting in a demotion to the bullpen. But he did what he was asked by closing out the last three innings to preserve the rest of the relievers. Though he gave up four hits, he came out of a late jam unscathed thanks to four strikeouts.

“That’s really big. Big for the team,” Pivetta said after the game. “Garrett really put the team back right there and finished off that game.”

What was especially important was that Richards could stretch the relief outing.

With his arm used to a lot of work having made it this far as a member of the starting rotation, the Red Sox could need him making a start again if Chris Sale, Tanner Houck or anyone else don’t pan out as the postseason draws closer.

“Garrett did an amazing job for three innings, which is good because we kept him available if something happens, you know?” Cora explained.

“We don’t want to use him one evening or only two innings. We want to stretch them out, and there are certain games like this that it’s good for everybody. You know, we’ve been talking about usage in (Matt Barnes) and all that. For us to get 27 outs with those two guys is huge.”

The bullpen needed some rest, and they certainly got it Friday night. 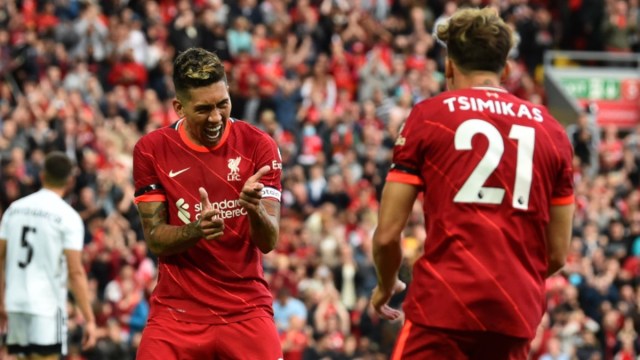