Boston Red Sox pitcher Tanner Houck may have deserved a better fate given the fact he did not allow a hit through the first five innings of his start Sunday against the Cleveland Indians.

Houck, who walked four batters through those five innings, came out for the sixth and allowed one home run while hitting a pair of batters. It marked the end of his outing before the Boston bullpen failed to piece it together in a 7-5 defeat.

Houck, though, was optimistic about his performance in which he struck out three while throwing 90 pitches.

“In terms of the outing, you got to take the good away and learn from the bad. That’s with every outing no matter what,” Houck said on a postgame video conference. “I am pretty happy with how I threw the ball today. I didn’t have the best command in the world, but some days it’s going to be like that. It’s about going out there and grinding with what you have and making those big pitches whenever you have (to).”

Josh Taylor allowed both batters he inherited from Houck to score so the 25-year-old right-hander ultimately allowed three runs on one hit in the contest.

Here are more notes from the series finale between Red Sox-Indians:

— Alex Cora seemed to offer his thoughts regarding Houck’s second hit batter of the fifth inning. Cleveland’s Bradley Zimmer appeared to lean into a 82 mph splitter from Houck on the third pitch of the at bat. It hit Zimmer on the elbow pad and met some backlash by catcher Kevin Plawecki, as well. It resulted in Houck getting pulled.

“Zimmer, he put his elbow out there. There’s nothing we can do,” Cora said after the game. “That pitch is probably an inch off the plate and it was a hit by pitch. Then after that we had to do what we had to do.”

— Cora offered a simple take on the bullpen, which combine to allow four runs on seven hits.

“It had to be perfect and it wasn’t,” Cora said.

— Rafael Devers hit a pair of home runs during Sunday’s loss. The third baseman now has nine multi-homer games and passes Ted Williams for third most by a Red Sox player before turning 25 years old, according to Red Sox Notes. Only Jim Rice (12) and Mookie Betts (10) have more.

— Cora revealed that second baseman Yairo Munoz left the game due to what the manager said was “something in his side.” Cora didn’t believe it to be anything serious, and the Red Sox will reevaluate Monday.

— Bobby Dalbec hit one out of the ballpark Sunday, as well. Dalbec becomes just the seventh Red Sox player ever to reach 25 career home runs in 130 games or fewer, according to Red Sox Notes.

— Cora did not have any update about Boston’s COVID-19 breakout which has landed Christian Arroyo and Kiké Hernández on the COVID IL.

— The first-place Rays enter their four-game set against the Red Sox on a league-best seven-game win streak. Boston will travel to Tampa Bay for the opener Monday with first pitch scheduled for 7:10 p.m. ET, and you can watch it live on NESN. 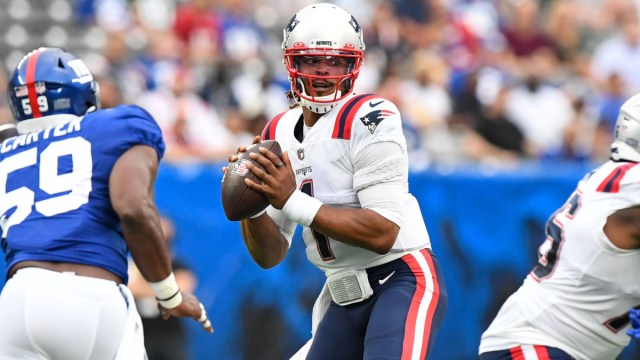 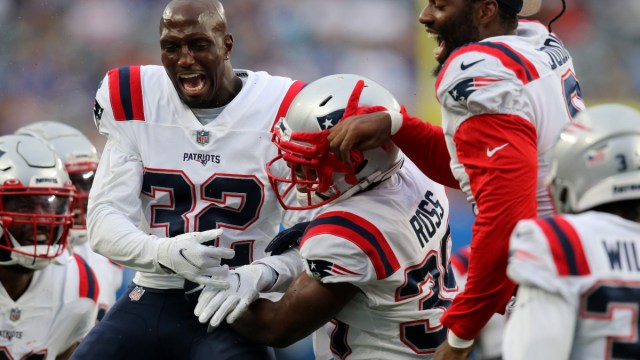