The Boston Red Sox scored two runs through two innings and then the bats went back to being quiet during a 4-2 loss against the Detroit Tigers on Tuesday night.

The Red Sox now have lost five straight and six of their last seven, scoring three runs or less in five of those seven contests. It prompted Red Sox manager Alex Cora to point to the offense as the team’s biggest downfall Tuesday, and it’s fair to say the same has been true throughout the recent stretch.

“We didn’t do much offensively the rest of the day and they did enough,” Cora said on a postgame video conference with reporters. “We walked the ninth hitter and then the leadoff guy hit a double. We kept it in check all the way until the seventh inning, we tried to patch it in, see if we could keep it in margin and offensively we didn’t do much. We struck out 10 times against a team that actually doesn?t strike many people out. So we need to figure out offensively.”

Boston finished with eight hits, but was just 1-for-4 with runners in scoring position despite having at least one man on base in every inning besides the eighth.

“At the end of the day they scored four runs and offensively we believe we can score more. So this is more about the offense right now actually than the pitching,” Cora said. “They (Tampa Bay Rays) scored three on Saturday and we didn’t find a way to win it offensively and they (Tigers) scored four today. Four runs against us, we do believe we should win those ball games.”

— Garrett Richards was limited to just four innings in his start Tuesday allowing three runs on five hits while throwing 46 of his 72 pitches for strikes.

Richards, who has expressed his frustration on multiple occasions recently, did again Tuesday.

“It’s frustrating. This has been the worst year of my career. So just trying to find a way to give us a chance to win every night and take steps forward,” Richards said on a postgame video conference.

Cora added: “For us to keep going and keep grinding, we need more. We need our starters to go deeper. They know that. And I’m not saying they have to go seven, but I think they did an amazing job earlier in the season going five or six, and it was a relay race.”

— Boston’s bullpen limited the damage thereafter, however, scattering just three hits in the next four innings. Yacksel Rios gave up two of those hits and the only run allowed by the bullpen.

Hirokazu Sawamura entered the fifth with a runner on second base, but induced an inning-ending double play. Austin Davis made his second appearance with the Red Sox and pitched a clean eighth inning with one strikeout.

“Bullpen-wise we’re in a better spot than 10 days ago,” Cora said. “We got capable guys now, more guys now, so we can play that relay race with the bullpen, be more aggressive. But at the same time five would be great for us today and he (Richards) didn?t do it.”

— Hunter Renfroe, who hit home run No. 17 on the season in the second inning, was asked if he’s been surprised by Boston’s recent skid. He isn’t, and seems to have the right mindset entering Wednesday’s game in Detroit.

— Marwin Gonzalez, who was reactivated from the injured list before the game, went 0-for-4 with a pair of strikeouts in his first major league contest since July 11.

— Cora is hopeful closer Matt Barnes, who was placed on the COVID-19 Related Injured List on Tuesday, could be active Wednesday as he tested negative away from the team. 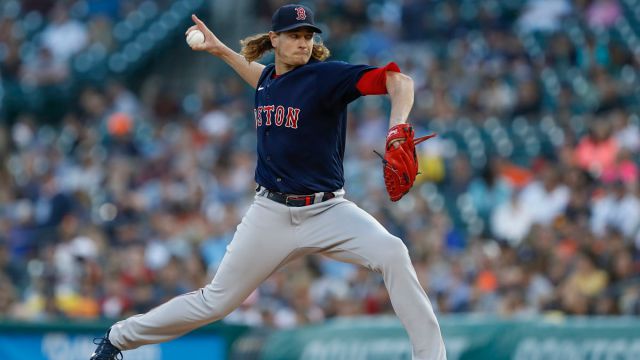 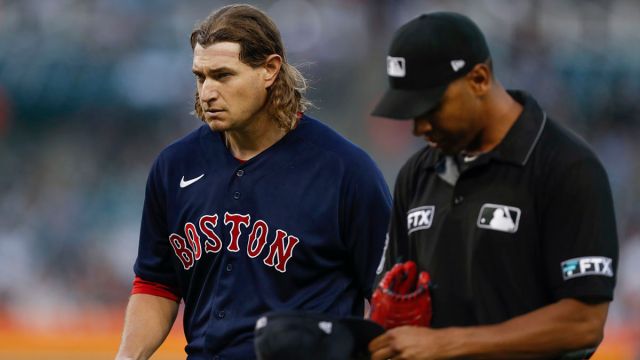 Garrett Richards Gets Real: Having ‘Worst Year Of My Career’ For Red Sox