Make it five in a row for the Boston Red Sox. Losses, that is.

The Red Sox dropped their series opener against the Detroit Tigers, 4-2, on Tuesday at Comerica Park. Boston held a healthy 2-0 lead in heading into the bottom of the second and even managed to take the one-run advantage into the fourth, but couldn’t get back in front after the Tigers tied it in the bottom of that frame.

Here’s how it went down on Tuesday in Detroit:

GAME IN A WORD
Deja vu.

That’s two words (and a Top 40 hit.) Sorry. But similarly to the series finale against the Tampa Bay Rays, this game could have had a different result if it wasn’t for the hits the Tigers launched off of Richards in the fourth and fifth innings.

Also similar to that game, they left too many men on base. There are some patterns emerging here.

ON THE BUMP
— Detroit went down in order in the first inning, but Richards gave up a solo home run to Miguel Cabrera to start off the second. After engineering a groundout with Franchy Cordero, he worked a pair of strikeouts to end the inning.

After an opening strikeout, Richards allowed a single in the third but had defense behind him to stymie the threat.

The fourth is where things began to go downhill for Richards. He allowed two singles and a walk to load the bases, and even though he managed to send Eric Haase down swinging, a Harold Castro sacrifice fly got the Tigers on the board. Finally, another Cordero-Richards play ended the inning, though the lead was gone.

Richards’ day ended in the fifth after he surrendered the lead courtesy of a walk and an Akil Baddoo RBI double. Richards finished with three runs on five hits, two walks and five strikeouts in four innings.

— Hirokazu Sawamura took the hill and logged a strikeout and a walk before defense ended the threat with a double play.

— Hansel Robles got the ball for the sixth inning, allowing another single to Haase but getting all three outs on strikes.

— Yacksel Rios took over for the seventh and things looked good as he logged two consecutive strikeouts. But the Tigers began to rally with a double and a RBI single to give them a 4-2 lead before Rios caught Cabrera swinging.

— Austin Davis came in for the eighth and finished off a strong defensive performance with a strikeout.

IN THE BATTER’S BOX
— The Red Sox were in danger of going down in order in their first-ups, but Xander Bogaerts made it over to second base after a throwing error from third baseman Jeimer Candelario. J.D. Martinez, who had been slumping lately, got him home on a first-pitch single.

— Hunter Renfroe led off the second inning with a solo home run to make it 2-0. Cordero hit a two-out single but Jarren Duran struck out to leave him stranded.

— Another Vázquez single was the only hope in a quiet sixth inning that also saw a Renfroe strikeout.

— Duran got his first hit of the game to lead off the seventh, but three straight strikeouts from some of the top hitters on the team — Devers, Bogaerts and Martinez — left him out there.

— The Red Sox went down in order in the top of the eighth. Jarren Duran used a two-out single to give Boston some life in the ninth, but Devers went down looking to end the outing.

TWEET OF THE GAME
And so Boston’s starting pitching woes continue, even if Richards had a better outing on Tuesday.

UP NEXT
The series continues Wednesday at 7:10 p.m. ET on NESN. 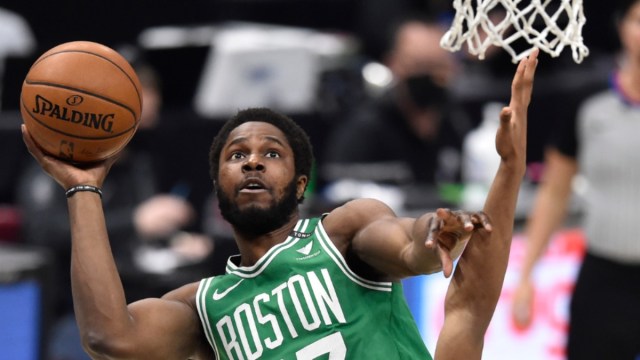 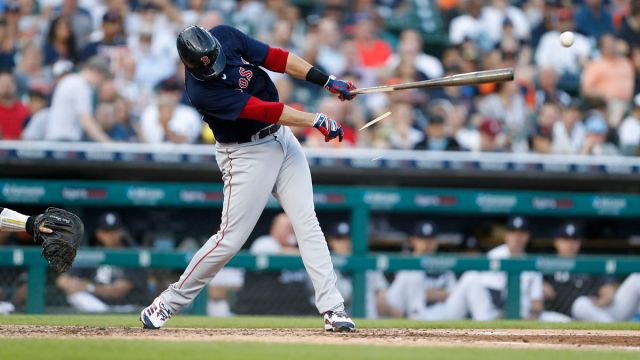