The frustration builds for the Boston Red Sox.

The Red Sox now have dropped seven of their last eight games following Friday night’s loss to the Blue Jays. Nathan Eovaldi was dealing in the early goings of the series opener in Toronto, but the Jays broke things open in the fifth and never looked back in their 12-4 win.

Here’s how it all went down at Rogers Centre:

Just when it seemed like the Red Sox were receiving a potential streak-halting gem from their ace, the wheels once again fell off.

ON THE BUMP
— The first four frames were a relative breeze for Eovaldi, who worked around a two-out double in the first and faced the minimum in both the second and third. The fifth inning, however, wasn’t as kind to Boston’s starter.

Alejandro Kirk, Randal Grichuk and Breyvic Valera all doubled to lead off the inning, the last of which leveled the score at 2-2. It appeared as though Eovaldi was going to limit the damage after inducing a George Springer flyout and striking out Marcus Semien, but the Jays managed to blow up the frame with two outs.

Bo Bichette gave Toronto a 3-2 lead with an opposite-field RBI single. Teoscar Hernández swelled the home team’s lead to three when he roped a two-RBI double into the gap in left-center. The Blue Jays’ advantage jumped to 7-2 in the blink of an eye when Lourdes Gurriel Jr. lifted a fly ball that scraped the bottom of the left-field foul pole.

The round-tripper marked the end of the night for Eovaldi, who ultimately allowed seven runs on eight hits with two walks and four strikeouts over 4 2/3 innings.

— Hansel Robles replaced Eovaldi but did not stop the bleeding. He quickly loaded the bases by allowing a single to Kirk, hitting Grichuk and giving up a knock to Valera. Springer brought in two more with a two-RBI ground-rule double, boosting the Jays’ lead to 9-2.

At long last, Vladimir Guerrero Jr. grounded out to end the inning.

— Toronto kept it rolling in the sixth, this time against Austin Davis. Semien doubled to lead off the inning and proceeded to steal third. The second baseman ultimately reached home on a Hernández single.

— Martín Pérez, Thursday’s starter, was given the seventh on his first day in his new role. The southpaw gave up a lead-off single to Grichuk and an RBI triple to Springer before getting out of the frame.

— Jonathan Araúz took his “utility man” label to the next level when he pitched the eighth. The 23-year-old allowed one run on two hits.

IN THE BATTER’S BOX
— The Red Sox drew first blood in the fourth inning. Alex Verdugo doubled to lead off the frame and was brought home two batters later on a Xander Bogaerts sacrifice fly.

— Boston had an opportunity to make noise in the fifth but was limited to one run. Marwin González got things started with a one-out single and moved to second on a Christian Vázquez walk. Kiké Hernández knocked in González with a two-out flare to shallow center field.

The Red Sox loaded the bases on a Verdugo walk, but all three of those runners were left stranded when J.D. Martinez popped out to first to end the inning.

— Hunter Renfroe trimmed Toronto’s lead to 9-4 in the sixth when he crushed a two-run homer, his 18th of the season.

— The Red Sox loaded the bases with two out in the seventh after Martinez singled and Bogaerts and Rafael Devers walked. But Boston once again ended an inning with the bags full as Renfroe popped out to shortstop.

TWEET OF THE GAME
It’s been a tough stretch for Boston’s starting rotation.

UP NEXT
The Red Sox and the Blue Jays will play two on Saturday, with Game 1 set to begin at 3:07 p.m. ET. Nick Pivetta is slated to take the hill for Boston in the matinee matchup opposite Toronto southpaw Robbie Ray. 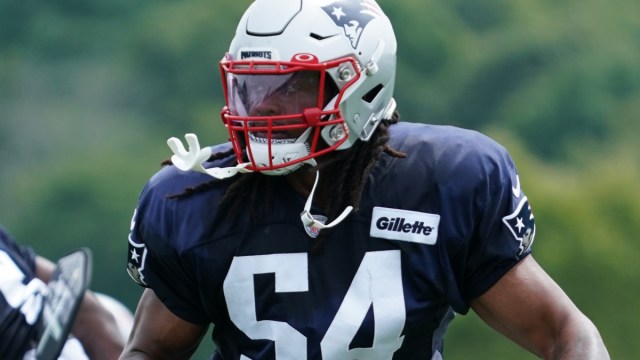 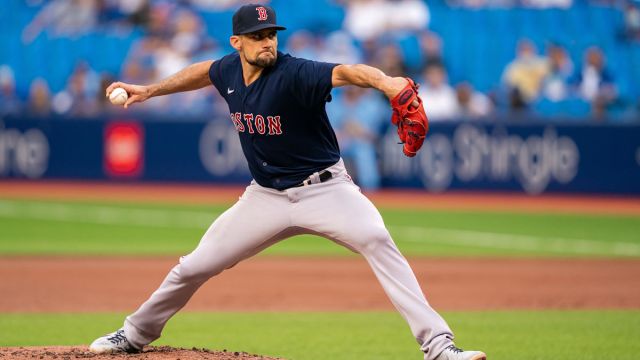