Through all of 2020 and the first few months of 2021, Martín Pérez was about as steady of a fifth starter as you could get.

While he wouldn’t always completely mow down the opposing lineup, he was effective enough and gave the Boston Red Sox a chance to win. That’s all you can ask for.

But for a few weeks now, it’s been tough sledding for Pérez.

The latest challenge came Thursday in a loss to the Detroit Tigers when he made it just 1 1/3 innings before getting pulled, but not after surrendering three runs on five hits.

Pérez now has lasted more than four innings just once in his last five starts, and the Red Sox are 1-4 in those outings. The 30-year-old has an 8.53 ERA across those appearances.

So, what’s the problem? Location.

“When you don’t have the location, that’s gonna happen like the game today,” Pérez told reporters after the game over Zoom.

The southpaw pointed out that it was the fastball command, in particular, that felled him against Detroit. He couldn’t locate the heater, but the Tigers were hitting his off-speed pitches. That basically left him to either walk guys or get hit hard.

It’s not like this has been happening all season, though. And Pérez is an optimist, and that was the tone he repeatedly struck after the loss.

“I know what I can do,” Pérez said. “Just be ready for my next one, get people out and try to work on my fastball a bit and be ready to go and to compete.”

This all happens as the Red Sox try to figure out what’s next for their rotation. Pérez and Garrett Richards are struggling, while Boston undoubtedly would like more out of Eduardo Rodriguez. Chris Sale should be returning soon, while Tanner Houck and Connor Seabold both are making cases to get a look.

Whatever the case, the Red Sox are in a tough spot right now with Pérez, who won’t pitch in the upcoming pivotal four-game series against the Toronto Blue Jays. 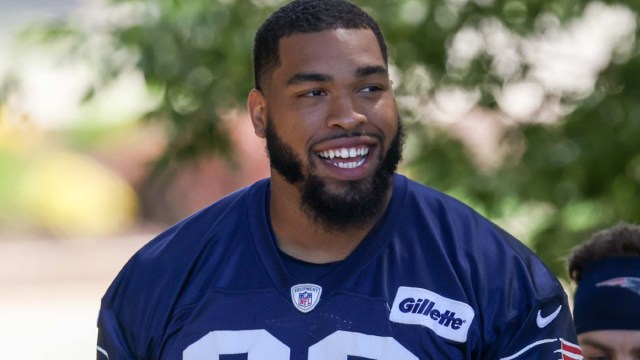 Cam Newton Pinpoints What He Respects Most About Bill Belichick