The Bills are the betting favorites to win the AFC East in 2021, but the Patriots are positioned to improve upon a lackluster 2020 season that saw Bill Belichick and Co. post their first losing record since 2000.

Can New England, playing the role of underdog, actually topple Buffalo for the divisional crown?

Stephen A. Smith believes so, as he made the case on Tuesday’s episode of “First Take” on ESPN.

“Mac Jones, system quarterback, just the whole look. I’m not comparing him to Tom Brady. He’s a rookie. I’m not engaging in that level of blasphemy,” Smith said. “But I think about some of the adds that New England has added to their squad. And then I think about the 8-9 dudes that returned on the defensive side of the ball. And then I think about how potent I anticipate their running game to be. And then I get to the Buffalo Bills and the Miami Dolphins, and somehow, someway, I just look at this being a situation where you might split during the regular season or whatever, but you’ve got a chance to win the division. You win the division, then you’re talking about two or three games with Bill Belichick coaching and Josh McDaniels running that offense.”

The Dolphins have the same odds (+350) as the Patriots to win the AFC East and are coming off a 2020 season in which they just missed the playoffs with a 10-6 record. So, one probably shouldn’t dismiss Miami when discussing the division.

Even the Jets deserve mention, even though they’re rebuilding, thanks to an evolving roster that now includes first-round quarterback Zach Wilson. New York, if nothing else, could be a pain in 2021.

But Smith sees the AFC East as being a two-horse race.

“It really comes down to Buffalo and New England in that division,” Smith said. “And when I think about you having a quarterback who can make the right throws. … I love Cam (Newton) as an athlete; I’ve never been a fan of his as a passer. You’ve got to be able to pass the football when you are the successor to Tom Brady. In Mac Jones’ case, all he can do is pass, because he’s not a runner.

“So when I look at it, I’m saying, ‘I can’t sleep on New England.’ They’ve got a lot of the veterans returning, Nelson Agholor and a few others, they picked up some pieces in the offseason. I think people are sleeping on the New England Patriots.”

The 2020 season obviously was strange thanks to COVID-19, and the Patriots dealt with more opt-outs than any team in the NFL. Throw in Tom Brady’s departure and an overall dearth of offensive weapons, and Cam Newton wasn’t exactly set up to succeed in New England.

Mac Jones, however, finds himself in a much better situation to begin 2021. The Patriots upgraded on both sides of the ball, making for a well-rounded roster that’s capable of competing for a playoff spot, if not a divisional crown and a Super Bowl title.

“I’m just looking at how this team is constructed, and then I’m looking at a guy like Mac Jones,” Smith said. “And I’m thinking about the things that they’re saying about him and all the requisite throws, all the requisite reads, going through your progressions, etc. How Bill Belichick coaches, particularly against divisional foes — Sean McDermott and Buffalo are to be the favorites, dare to be reckon with, but something is telling me, ‘You know what? We wrote New England off a bit prematurely.’ “

The pressure is on the Patriots to bounce back, that’s for sure. 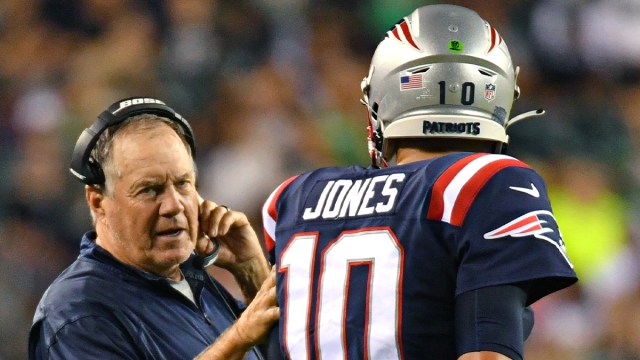 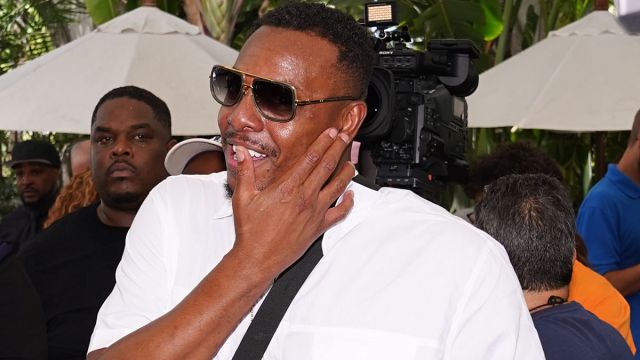