Are you not particularly confident with some of your impending fantasy football decisions as we head into a new season?

Fear not, we’re here to help.

Stress-inducing lineup choices are a weekly occurrence in fantasy, but especially in Week 1, when every player is operating with a squeaky clean slate. We admit there’s some rolling of the dice with our recommendations for this week, but we’re nonetheless pretty confident in these season-opening tips.

STARTS
Jalen Hurts, QB, Philadelphia Eagles
Hurts has quite a bit to prove this season, but he should get off to a pretty good start Sunday. The Atlanta Falcons allowed the second-most fantasy points to quarterbacks last season, and their defense isn’t much improved from 2020. The Eagles also provided Hurts with a new home run hitter over the offseason in DeVonta Smith and managed to retain both of their above-average tight ends. Look for Hurts to pop off this weekend.

Raheem Mostert, RB, San Francisco 49ers
Speaking of weak defenses, the 49ers face a very favorable matchup Sunday when they host the Lions. Detroit was brutal against the run last season, allowing north of 25 fantasy points per game to backs. Mostert should receive the lion’s share of RB snaps for San Francisco, especially when you consider a rookie is behind him on the depth chart. The Niners also could go run-heavy in Week 1 as they ease quarterback Jimmy Garoppolo back into action.

Laviska Shenault Jr., WR, Jacksonville Jaguars
There’s obviously some risk here given it will be Trevor Lawrence’s regular-season debut. But the Texans are poised to be horrendous against the pass this season, so Shenault should be able to take advantage. It feels worth mentioning Shenault’s game-high for catches in his rookie season was a seven-grab showing against Houston. The 2020 second-round pick also could be freed up a bit with plenty of attention likely being placed on D.J. Chark Jr. and Marvin Jones Jr.

Noah Fant, TE, Denver Broncos
The Giants were in the top half of the league in fantasy defenses last season and they were pretty good at defending tight ends. But we believe Fant is bound for a breakout season beginning Sunday in the Meadowlands. Teddy Bridgewater is more of a “game-managing” quarterback who limits mistakes. That type of signal-caller often leans on its tight ends, so Fant very well could open the campaign with a bang.

SITS
Jameis Winston, QB, New Orleans Saints
Winston often was a dicey play when he was “the guy” in Tampa Bay, so you can understand our hesitancy to roll with him in what will be his first start since the 2019 season. The seventh-year pro also will be pitted against a strong Green Bay Packers defense in his Saints debut. Not to mention, Winston will be without New Orleans’ top wideout, as Michael Thomas is on the physically unable to perform list.

Josh Jacobs, RB, Las Vegas Raiders
We’re starting to fade a bit on Jacobs, who only rushed for over 100 yards twice last season. The Raiders obviously have some concerns with Jacobs as well, as they gave Kenyan Drake a two-year, $14.5 million ($11 million guaranteed) deal over the offseason. Drake likely will see his fair share of touches in the first “Monday Night Football” tilt of the season. But even if Jacobs is the clear feature back, he’ll have his work cut out for him against a nasty Baltimore Ravens front seven.

Kenny Golladay, WR, New York Giants
Golladay very well could become an integral part of the Giants’ offense, but it’s probably going to take some time. He’s coming off a hip injury that limited him to five games last season and he’s been dealing with a hamstring issue during his first summer with New York. Adding onto those factors, the Broncos feature a very strong secondary.

Hunter Henry, TE, New England Patriots
Much like Golladay, we’re proceeding with caution when it comes to Henry. The New England newcomer missed the entire preseason slate due to a shoulder injury he sustained at the beginning of August. Henry does expect to play Sunday, but it feels like his role against the Miami Dolphins won’t be particularly large. Even when’s out there, quarterback Mac Jones could favor Jonnu Smith, whose skill set is a better fit for a traditional Patriots offense. 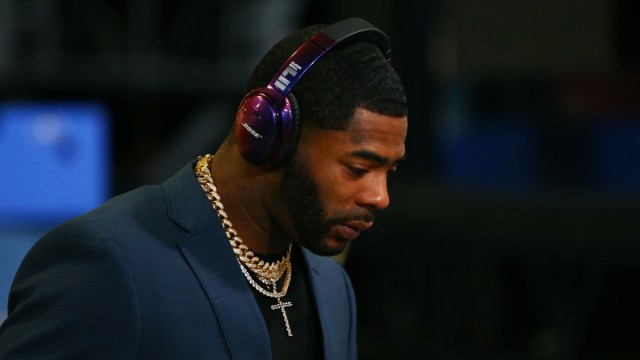 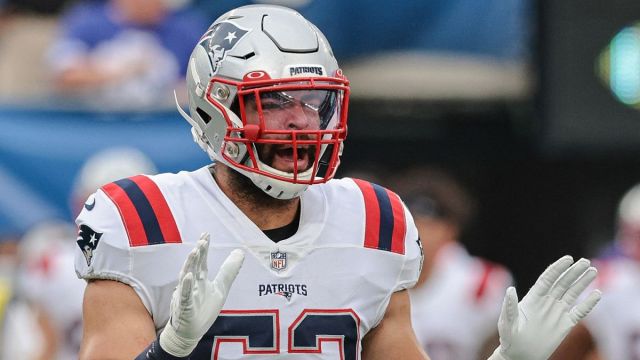