Must win? Not quite. But Sunday’s matchup between the New England Patriots and New York Jets is about as important as a Week 2 game can get.

A loss to No. 2 overall pick Zach Wilson and the Jets would drop the Patriots to 0-2 on the young season, with back-to-back defeats against AFC East foes.

With the New Orleans Saints, who thrashed Aaron Rodgers and the Green Bay Packers in their opener, and Tom Brady’s Tampa Bay Buccaneers awaiting in Weeks 3 and 4, the Patriots could be on the precipice of a disastrous 0-4 start if they can’t take care of business at MetLife Stadium.

The Patriots should win this game. They entered the weekend as six-point road favorites over a Jets team that’s rebuilding under new head coach Robert Saleh, and they’ve dominated rookie quarterbacks throughout the Bill Belichick era.

Belichick’s club will need cleaner execution — plus another positive performance from its own first-year signal-caller — if it hopes to avoid an East Rutherford upset.

Here are five big questions facing the Patriots in Week 2:

1. Can Mac Jones build on his promising debut?
Jones was the clear star of last week’s season-opening loss to Miami, completing 29 of 39 passes for 281 yards and a touchdown with no turnovers. He seemed to temporarily lose his mind on his very first dropback but was excellent thereafter. Poise under pressure? Check. Third-down execution? Check. Pre-snap smarts? Check.

Now, we’ll see if offensive coordinator Josh McDaniels ups the aggressiveness in Jones’ second NFL start. The rookie quarterback mostly relied on short completions against Miami but impressed on his few opportunities to attack downfield. The Jets have a group of inexperienced cornerbacks — all drafted in the fifth round or later within the last two years — that McDaniels and Jones could look to exploit.

2. Who starts at right tackle?
Trent Brown returned to practice Friday after missing the previous two days with a calf injury — a positive sign for an important offensive player. The Patriots only had Brown for seven snaps in the opener, and his absence surely contributed to their subpar showing in pass protection.

Brown officially is listed as questionable for Sunday. If he can’t go? We’ll most likely see Yasir Durant, who repped with the first team early in Thursday’s practice. Justin Herron, Yodny Cajuste and Mike Onwenu would be the other options, but the Patriots seem reluctant to move Onwenu out of his left guard spot.

Regardless of who starts, the Patriots will need to do a better job of protecting Jones than they did in Week 1. Jones was sacked just once but took nearly a dozen hits from Dolphins defenders.

3. What does the running back rotation look like?
A productive game by Damien Harris last week (100 yards on 23 carries) ended with a comeback-killing fumble. His understudy, rookie Rhamondre Stevenson, also lost a fumble, struggled in pass protection and was benched after just five snaps. James White, meanwhile, showed signs of resurgence with six catches and a solid showing as a pass-blocker.

How the Patriots divvy up their running back reps will be a notable storyline this Sunday. Harris isn’t likely to lose his spot as New England’s lead back, but the team could reduce his workload — he ranked third in the NFL in carries and fifth in touches in Week 1 — after he appeared fatigued shortly before his fumble. Will Stevenson be exiled to the inactive list after his miserable debut? Will J.J. Taylor, a healthy scratch last week, draw back into the lineup? We could see some moving parts in this backfield.

4. Will we see more from the tight ends?
It was a relatively quiet opening act for Hunter Henry and Jonnu Smith, who combined for eight catches for 73 yards against Miami. Not awful numbers, but not quite what Patriots fans were expecting after the team signed each to a $12.5 million-per-year contract. Henry wasn’t even targeted until the second half.

It’s important to remember, though, that Henry missed the entire preseason with a shoulder injury, and Smith didn’t take a single game snap with Jones until last Sunday. Sometimes, building chemistry and consistency takes time. And Jones did involve the tight ends more as last week’s game wore on, with five of those completions coming after halftime and four of them resulting in first downs. (The fifth was a 9-yard gain on first-and-10.)

Smith is listed as questionable for this game with a hip injury, however, so it remains to be seen whether he’ll be active.

5. Can the pass rush fluster Zach Wilson?
This should be a mismatch in New England’s favor: a Jets offensive line that allowed six sacks in Week 1 and will be without its starting left tackle (the injured Mekhi Becton) against a reloaded Patriots front seven led in the pass-rush department by Matt Judon and Josh Uche. The Patriots sacked Miami’s Tua Tagovailoa twice on third down and pressured him into one fourth-quarter interception.

The Patriots won’t have starting linebacker Kyle Van Noy in this game, however — he’s been ruled out with a throat injury — and Dont’a Hightower seems to be still working his way back after opting out of last season. Hightower admitted he has to play “a lot better” after his shaky outing against Miami. New England will need players like Uche and Chase Winovich to pick up the slack.

The Patriots are 21-6 against rookie QBs under Belichick but have been more vulnerable when facing such players in their home stadiums. All six losses came on the road, including one to Tagovailoa last season and two against the Jets at MetLife (Mark Sanchez in 2009 and Geno Smith in 2013). 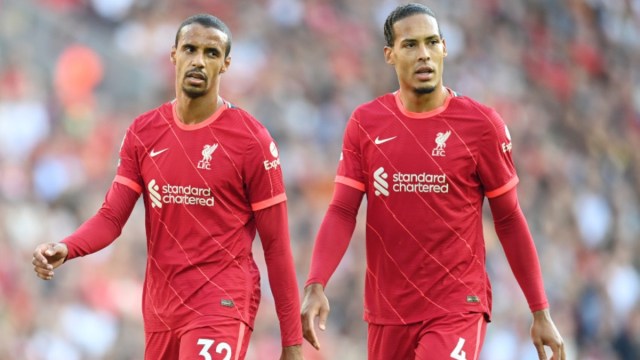