The Red Sox probably aren’t thinking too much about the American League wild-card game, seeing as Boston needs to finish strong to even participate in the one-game playoff.

The choice ultimately might depend on how Cora is forced to deploy his troops down the stretch. The Red Sox theoretically could face multiple must-win games during the final week of the regular season, which presumably would require leaning on either or both of those hurlers just to survive. Under those circumstances, it’s plausible neither pitcher toes the rubber. Maybe Eduardo Rodriguez takes the ball for game No. 163. Who knows?

But, all things being equal, a Sale-Eovaldi toss-up represents a fascinating exercise in weighing career track record and upside versus recent performance and stability. It’s not hyperbolic to say the skipper’s call could make or break Boston’s 2021 season.

So, let’s break down the case for each.

The case for Chris Sale
Simply put, he’s long been one of the best starting pitchers in Major League Baseball. One of the best of this generation, really. And before testing positive for COVID-19, Sale, who could pitch Friday against the Baltimore Orioles, had been mostly strong upon returning in August from Tommy John surgery.

Sale is a legitimate ace, the type of front-line starter most teams dream of pitching in a one-game, must-win situation. To go in a different direction — in favor of someone with a less extensive career track record — requires a certain level of moxie. Because if it blows up in Cora’s face, he’d obviously have to answer questions about why he didn’t start the guy who is undeniably Boston’s most talented starter and who has been a stalwart in the Red Sox’s rotation, when healthy, since 2017.

The case for Nathan Eovaldi
Look, Sale is amazing. You build your entire rotation with the intent of plugging him at the top. But he’s made just five starts over the last two years, topping out at six innings and 95 pitches Sept. 1. There’s some uncertainty there, even before factoring in any potential lingering effects of his second bout with the coronavirus. So, one could argue Eovaldi actually is the safer play.

After all, Eovaldi has been awesome this season, the first All-Star campaign of his 10-year MLB career. He’s been a stabilizing force, registering a 3.52 ERA and a 2.78 FIP in 168 2/3 innings across 29 starts. And he’s been peaking of late, posting a 1.90 ERA and a 56:7 strikeout-to-walk ratio in his seven starts since a rare seven-run blowup Aug. 6. The Red Sox are 6-1 in those outings, and they’re 17-12 overall this season behind Eovaldi.

On Tuesday night, Eovaldi, the man who endeared himself to Red Sox Nation with an insanely gritty performance in Game 3 of the 2018 World Series, again answered the bell, picking up teammate Hunter Renfroe after a fourth-inning error and limiting the damage en route to an 8-4 win over the Seattle Mariners.

Verdict
Obviously, we’re not operating in a vacuum. Availability, matchup and venue all should factor into Cora’s decision, particularly in today’s analytically driven landscape. It’s even possible we see both pitchers appear in the AL wild-card game as the Red Sox operate with an all-hands-on-deck mentality.

But, for the purpose of this hypothetical debate, it’d be tough not to call Eovaldi’s number with the season on the line given how he’s performed for the duration of 2021. He’s gotten even stronger as the year has progressed, whereas Sale still is building up stamina after a lengthy absence, and we probably shouldn’t overlook Eovaldi’s 2018 postseason heroics in weighing his potential impact on the big stage.

Of course, the Red Sox first need to take care of business over their final 15 regular-season games, as neither the New York Yankees nor the Toronto Blue Jays will be easy to knock off. But an intriguing decision is looming amid Boston’s postseason push. 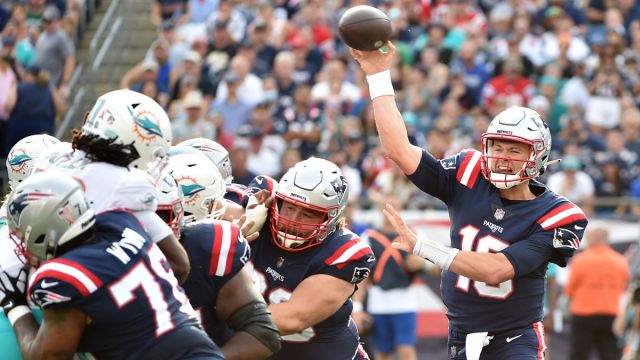 How Patriots’ Mac Jones Impressed Not One, But Both McCourty Twins 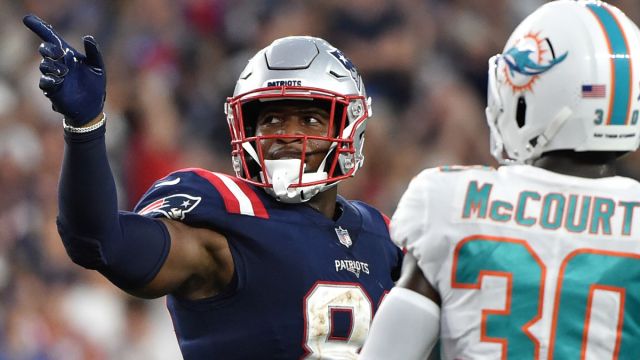