As the Rays-Red Sox series finale shifted to the final innings Wednesday night, it appeared Boston was bound for a three-game sweep at the hands of Tampa Bay.

Hunter Renfroe, however, had other plans.

The first-year Red Sox outfielder gave his team a 2-1 lead in the bottom half of the eighth inning when he belted a two-run home run over the Green Monster at Fenway Park. Renfroe come through in the clutch again a half inning later, as his laser beam of a throw from center field to nail Joey Wendle at third base ended the game and gave Boston a much-needed win.

Xander Bogaerts, who’s currently on the COVID-19 list, was forced to watch the divisional thriller from home. But the Red Sox shortstop nonetheless was juiced by Renfroe’s late-game magic, as evidenced by the Instagram story he shared moments after the final out was made.

“HUNTER RENFROEEEE WHAT A GAME!!!!,” Bogaerts captioned the story.

With the win, the Red Sox leapfrogged the New York Yankees in the American League East standings and also took possession of the top AL Wild Card spot. Boston will try to pad those leads Friday when it returns to action in Chicago against the White Sox. 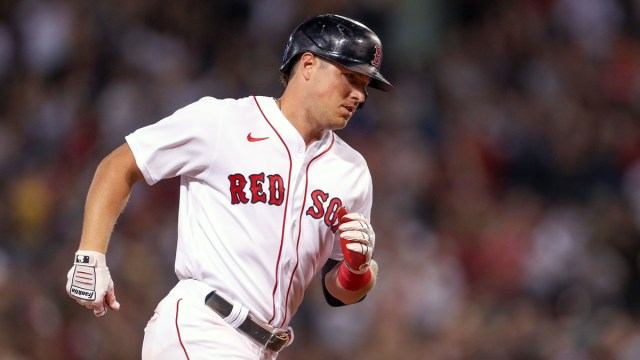 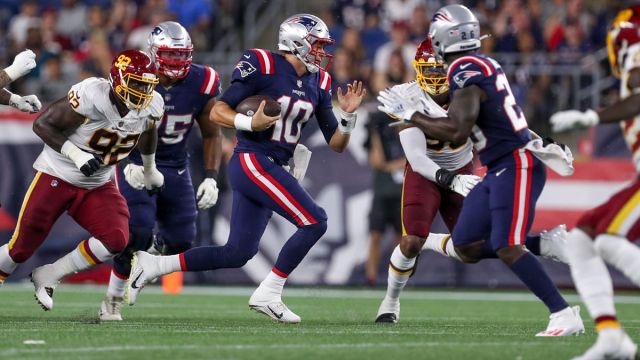