James White reportedly is done for the season.

The Patriots running back will miss the remainder of the 2021 campaign due to the hip subluxation he suffered during Sunday’s loss to the New Orleans Saints, ESPN’s Adam Schefter and Field Yates reported Wednesday. White, 29, suffered the injury while running for a first down during the second quarter at Gillette Stadium.

White will turn 30 in February.

His loss is a significant one for the Patriots, who will have a tough time replacing White’s receiving and blitz-pickup abilities in the passing game. New England worked out four running backs earlier this week but as of Wednesday afternoon had not signed a back to either the practice squad or the 53-man roster.

White racked up 132 all-purpose yards and one touchdown over two-plus games this season before being carted off the field Sunday. 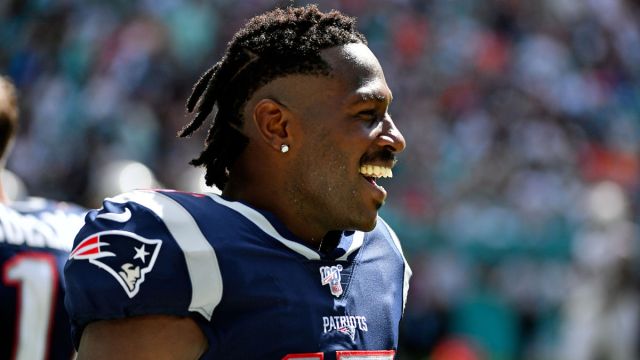 Remembering That One Time Antonio Brown Played In Game For Patriots