If you haven’t seen the video, you can watch it in the tweet below:

Regardless, while speaking with reporters Monday, the Patriots center offered insight into the genesis of the postgame moment.

“I remember when I was a young guy, starting as a rookie. I just know what that’s like,” Andrews said. “As a rookie, there’s a lot of highs and a lot of lows at times. So, I remember what it was like in some of those lows, how people talked (to) or addressed me, and how it made me feel.”

Jones faced significant pressure throughout the afternoon, especially after Trent Brown departed with a calf injury. (He reportedly is fine.) But the first-round pick stood tall and took multiple big hits en route to completing 29-of-39 passes for 281 yards and one touchdown.

“I thought Mac showed a lot of mental toughness (Sunday),” Andrews said. “You know, just throughout the day. Did some things really well. We gotta do a little bet job protecting him at times. You know, in my opinion, I think took too many hits.

“But (I) thought he really showed toughness — as a quarterback, it’s a little different — but thought he showed some toughness standing in there, and making some throws, taking the hits and keep moving.”

Andrews, who acknowledged New England’s offensive did pair some good with the bad, added: “Just gotta do a better job of taking care of our quarterback at times.”

New England can’t waste any time in fixing the issues that led to its disappointing Week 1 loss.

Chalk up this Sunday’s tilt with the New York Jets as a win if you want (you shouldn’t), but the Patriots will follow up that game with matchups against the New Orleans Saints, who just blew out the Green Bay Packers, and Tom Brady’s Tampa Bay Buccaneers.

The Patriots need to be at least .500 through four games. Keeping their franchise quarterback upright would go a long way toward accomplishing that goal. 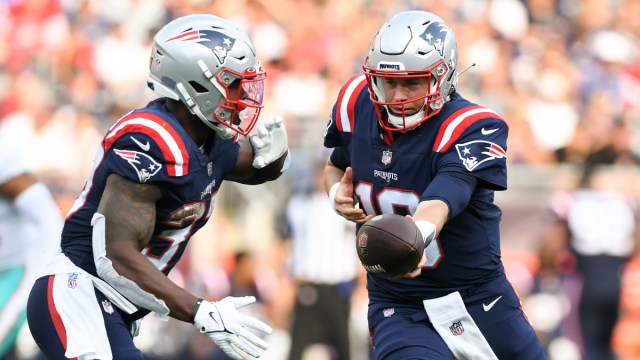 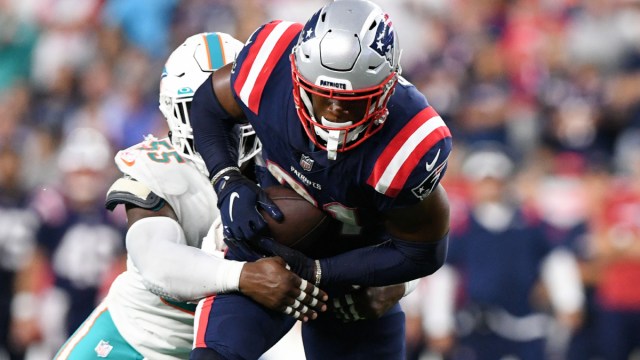 Jonnu Smith Explains Why He Fits Patriots’ Standard Of ‘Perfection’