NFL Preview 2021: These Five Players Have Potential For Career Seasons Skip to content

So often in the NFL it’s opportunity that breeds success, and that’s going to be the case for multiple players during the 2021 season.

Those players, along with others who may just find themselves in better situations, have the potential to put together the best season of their young (or not-so-young) careers.

Here are five NFL players who fit that bill entering the 2021 campaign:

Mike Davis, RB, Atlanta Falcons
Davis enters his seventh season in the league with the chance to lead the backfield for the first time. The 28-year-old Davis benefitted from the absence of Carolina Panthers running back Christian McCaffrey (three games) during the 2020 season and now sits atop the Atlanta depth chart. His production from last season — 642 yards on 165 carries with six touchdowns — marked career highs across the board, and it shouldn’t be a surprise if he takes another step forward during his first year with his hometown Falcons.

J.C. Jackson, CB, New England Patriots
Jackson, a fourth-year cornerback who recorded nine interceptions last season, has been on an upward trajectory and now is New England’s top cornerback with Stephon Gilmore placed on the physically unable to perform (PUP) list for at least six weeks. Jackson also enters a contract year with a chance to prove he’s capable of being a NFL team’s top option, whether that be New England or elsewhere.

Calvin Ridley, WR, Atlanta Falcons
Ridley, 26, is sure to see more attention this season after the trade of Julio Jones, but it also means he’s sure to get more targets. The fourth-year wideout posted 1,374 yards with nine touchdowns last season, and could be in line for a season with even more production.

Ryan Tannehill, QB, Tennessee Titans
A 33-year-old quarterback having a career year?! That’s right. Tannehill has played with some good receivers during his eight seasons, but he’s never had a pair of No. 1 wideouts like he does this year. The Titans trade for Julio Jones gives Tannehill a pair of extremely physical options with fellow wideout A.J. Brown. And while the Titans want to impose their will running the ball with Derrick Henry, it probably shouldn’t come as a surprise if Tannehill flirts with 4,200 yards, which is his career-high.

Quinnen Williams, DT, New York Jets
The third-year defensive lineman is among those that are going to benefit from first-year head coach Robert Saleh. Saleh, a former defensive coordinator with the 49ers, will be incorporating a 4-3 defense, which should benefit the 6-foot-3, 303-pound Williams and give him the ability to attack rather than react. Williams has a combined 9.5 sacks in his first two seasons and has the potential to reach that in 17 games this season. 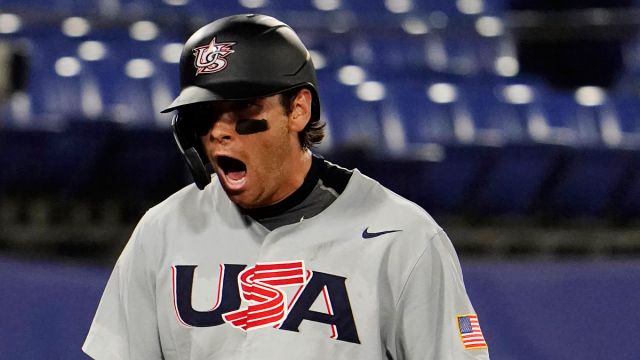