The New England Patriots will be without N’Keal Harry for at least the first three weeks of the 2021 season.

The Patriots are placing the third-year wide receiver on injured reserve, according to multiple reports Wednesday afternoon. Harry has not played or practiced since suffering a shoulder injury in New England’s second preseason game.

NFL Media’s Mike Garafolo reported Harry “should be back in a few weeks.” He will be eligible to make his season debut in Week 4.

Langi reportedly is expected to re-sign after the Patriots officially shift Harry to IR.

The Patriots claimed Perry off waivers from the Miami Dolphins on Wednesday.

Harry, who has yet to live up to his draft status as a 2019 first-rounder, got off to a strong start in training camp before the injury derailed his preseason.

“I think N’Keal had a good camp,” Patriots head coach Bill Belichick said before Tuesday’s roster cutdown. “Last year was a lot different for all of us, so it’s hard to compare last year to anything, but really, just looking at this year, I thought N’Keal had a good camp. I’m glad we have him. I think he’ll make a big contribution to our team.

“We’ll see how it all goes and from a time standpoint of when he’ll be able to get back on the field. But I know he’s working hard and is making progress with his rehab. So we’ll just keep monitoring that and see how it goes.” 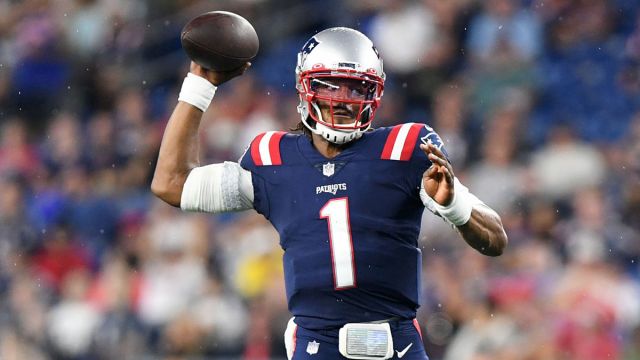