Fall is officially here, and it fittingly coincides with the NFL season kicking into gear.

We’ve got two weeks under our belts, and we at least think we know what we’re looking at with some teams as Week 3 gets underway.

NESN.com’s Mike Cole and Ricky Doyle are looking for some positive mojo, as neither has posted a winning record through the first two weeks. It just takes one good showing to get things back on the rail this week.

You can find all their Week 3 NFL picks below, but if you’d rather consume this sweet, sweet content through your ears, go check out “The Spread,” NESN’s football picks podcast where Mike and Ricky kick around their weekly prognostications.

Here’s how they fared last week.

Here are their Week 3 picks, with lines from DraftKings Sportsbook.

(-8) Carolina Panthers at Houston Texans, 8:20 p.m. ET
Mike: Panthers. Laying a lot of points for a mediocre road team, but the Texans don’t have Tyrod Taylor, who had been incredible for Houston. Tough spot for Davis Mills to make his first start against a talented, well-coached defense.
Ricky: Texans. Carolina’s defense seems legit. Still, this feels like one of those games where you need to close your eyes and take the points, thinking perhaps the Panthers are being overvalued thanks to the optics of their convincing season-opening wins over the Jets and Saints.

Chicago Bears at (-7) Cleveland Browns, 1 p.m.
Mike: Browns. Was leaning Bears because of the Justin Fields backdoor factor, but then I saw this nugget from Joe Ostrowski about Chicago’s awful record as relatively long underdogs under Matt Nagy. Simple-minded reasoning, sure, but let’s roll with it.
Ricky: Browns. A rookie quarterback making his first career start in Cleveland against a Browns team that can throw Myles Garrett and Jadeveon Clowney in your face? No thanks.

(-9) Baltimore Ravens at Detroit Lions, 1 p.m.
Mike: Lions. Plugging my nose and taking Detroit for a third straight week. The Ravens notoriously hammer bad teams, but this feels like the ultimate letdown spot after last week’s emotional win over Kansas City.
Ricky: Ravens. The “letdown” narrative definitely is something to consider, along with the Lions’ offense being pesky through two weeks. But Detroit’s defense is brutal, and Lamar Jackson can hang a couple of touchdowns in the blink of an eye.

(-7.5) Arizona Cardinals at Jacksonville Jaguars, 1 p.m.
Mike: Jaguars. Trap game alert! Trevor Lawrence does just enough to stay within the number against a defense that looked porous last week in a game between two coaches more likely to do battle in the Cotton Bowl than the Super Bowl.
Ricky: Jaguars. Just not sold on Arizona’s defense. And while Kyler Murray often can make chicken salad out of chicken (bleep), there’s also turnover potential baked into that magic. A late cover definitely is on the table in Jacksonville.

Los Angeles Chargers at (-6.5) Kansas City Chiefs, 1 p.m.
Mike: Chargers. It feels like people are starting to catch on to the fact KC struggles to cover games, as evidenced by a line drop of about a point. I’ll still take the points here, siding with a Chargers team that gave KC fits in Week 2 last year and could do the same in this early-season matchup, especially if Austin Ekeler is good to go.
Ricky: Chargers. As Mike alluded to, the Chiefs are 1-11-1 ATS (8.3%) over their last 13 games. Much of that stems from some inflated lines late last season, but this isn’t a small number, either, especially for a divisional matchup with an upstart Chargers team.

New Orleans Saints at (-3) New England Patriots, 1 p.m.
Mike: Patriots. It’s a very even matchup, but this feels like a spot where Bill Belichick can fluster Jameis Winston. Don’t be surprised if he does it with the blitz; only Trevor Lawrence has a worse passer rating than Winston against the blitz.
Ricky: Patriots. The Panthers pressured Winston on 18 of 28 dropbacks (64%) in Week 2, per ESPN, the third-highest such rate for any defense since ESPN Stats and Information began tracking pressure in 2009. And Winston was awful. Expect the Patriots’ defense to cause similar problems as Belichick and Co. look to win ugly at home.

Indianapolis Colts at (-5.5) Tennessee Titans, 1 p.m.
Mike: Titans. Carson Wentz has not one but two ankle injuries, which is the maximum amount of ankle injuries one can have. Not ready to believe Jacob Eason can take advantage of that Titans defense despite what the Colts might say.
Ricky: Titans. Indianapolis’ quarterback situation is way too dicey. If the Titans build an early lead, it’ll be lights out for the Colts with Derrick Henry grinding away both yards and the clock.

Washington Football Team at (-7) Buffalo Bills, 1 p.m.
Mike: Football Team. Josh Allen has been average at best, ranking near the bottom of the league in EPA per play among quarterbacks. Some of that has been competition (Pittsburgh, Miami), but Washington presents a similar challenge this week. WFT should keep it close despite its own offensive limitations.
Ricky: Football Team. Buffalo’s offense wasn’t all that impressive in Week 2 despite the Bills beating the Dolphins 35-0. Per The Athletic, it marked just the 12th time in the last 10 seasons (453 games) that a team scored 35-plus points on offense while producing negative offensive EPA. Washington can get after the quarterback, and Allen’s floor (in spite of his incredibly high ceiling) leaves the door open for an outright upset.

Atlanta Falcons at (-2.5) New York Giants, 1 p.m.
Mike: Falcons. Grabbing the points in a game between two really bad teams. I don’t trust Daniel Jones’ Week 2 performance is his new normal, and the Giants’ defense has been disastrous.
Ricky: Falcons. Atlanta got rookie tight end Kyle Pitts more involved in Week 2, and that trend should continue in Week 3 against a New York defense that’s allowed the third-most receptions (16) to tight ends through two games.

Cincinnati Bengals at (-2.5) Pittsburgh Steelers, 1 p.m.
Mike: Bengals. There are going to be, like, 20 points scored in this game, and if that’s the case, I feel confident grabbing the underdog and hoping for the best.
Ricky: Bengals. The Steelers already are banged up on both sides of the ball, with Ben Roethlisberger, Diontae Johnson and T.J. Watt the most notable players dealing with injuries. Couple that with Pittsburgh’s sluggish offense, and this game has upset potential if Joe Burrow can connect on a few big plays downfield.

New York Jets at (-10) Denver Broncos, 4:05 p.m.
Mike: Jets. Gulp. This might sound dumb when the Broncos are, like, 5-1 next month, but I’m still not sold on Denver’s offense being this good. The Jets have a good defense, and Zach Wilson can’t be as bad as he was last week again … I hope.
Ricky: Jets. The market has to catch up to Teddy Bridgewater — aka “Teddy Covers” — at some point, right? Maybe it’ll be next week, when the Broncos host the Ravens, but don’t sleep on the Jets staying within the number Sunday if they can avoid handing over the football. A big “if,” admittedly.

Miami Dolphins at (-3.5) Las Vegas Raiders, 4:05 p.m.
Mike: Dolphins. Jacoby Brissett doesn’t feel like a giant downgrade at quarterback for Miami, and the Dolphins have the sort of defense that can slow down Derek Carr and Darren Waller. This one comes down to the wire.
Ricky: Dolphins. The Raiders are coming off back-to-back wins over the Ravens and Steelers (decent competition), while the Dolphins just lost their starting QB in a blowout loss to the Bills. Don’t think the oddsmakers aren’t leaning into the public perception of each team right now. Take the points.

(-1.5) Tampa Bay Buccaneers at Los Angeles Rams, 4:25 p.m.
Mike: Rams. No one blitzes more than the Bucs, and Matthew Stafford has carved up blitzing defenses so far this season with Sean McVay in his ear. LA also is one of the only teams in the NFL that has the defensive personnel that can keep pace with Tampa’s offense.
Ricky: Bucs. The Rams made life difficult for Tom Brady last season, forcing him into one of the worst performances of his otherwise excellent 2020 campaign. Can they replicate that effort this week? Maybe, but it’s worth noting they’re on their third defensive coordinator (Raheem Morris) in three years, and Brady carved up Morris’ Falcons twice last season. Plus, the Rams’ defense — last in average plays per drive against and average time per drive against, through two weeks — has had a hard time getting off the field in some spots. This game has shootout potential.

(-2.5) Seattle Seahawks at Minnesota Vikings, 4:25 p.m.
Mike: Seahawks. We’re starting to reach “the Vikings just aren’t very good” territory, and a big reason for that, oddly enough, is the defense — or lack thereof. Minnesota has allowed 6.6 yards per play through two weeks, and here comes Russell Wilson and the Seahawks.
Ricky: Vikings. Another territory we’re starting to reach: Must-win. Not necessarily for Minnesota’s playoff chances — although those obviously decrease with each loss — but to save Mike Zimmer’s job.

Green Bay Packers at (-3) San Francisco 49ers, 8:20 p.m.
Mike: 49ers. The line is moving toward Green Bay, which is perplexing, as Kyle Shanahan has hung an average of 30 on the Packers’ defense in their last three meetings — and that includes last year when San Fran was ravished by COVID and injuries. Oh, and Green Bay left tackle Elgton Jenkins might not play, which might as well be a green light to Aaron Rodgers for Nick Bosa.
Ricky: Packers. The 49ers’ running back room has been decimated by injuries, which already looked like an issue in Week 2, when San Francisco posted just a 20% run success rate against Philadelphia, per Pro Football Focus, the second-worst mark of Shanahan’s head coaching tenure. The bigger problem, however, might be the 49ers’ banged-up secondary in a matchup against Rodgers, Davante Adams and Co.

Philadelphia Eagles at (-3.5) Dallas Cowboys, 8:15 p.m.
Mike: Eagles. I just can’t quit Philly. More importantly, I’m not sold on the Dallas defense, at least not yet, as they rank 29th in yards per play allowed but have been fortunate enough to force a bunch of turnovers.
Ricky: Cowboys. Dallas’ defense probably won’t evolve into a top-tier unit. But there’s a real chance it’s better than meets the eye, as the ‘Boys rank 17th in EPA per play against — middle of the pack, basically — despite two road games against the Bucs and Chargers to open the season. 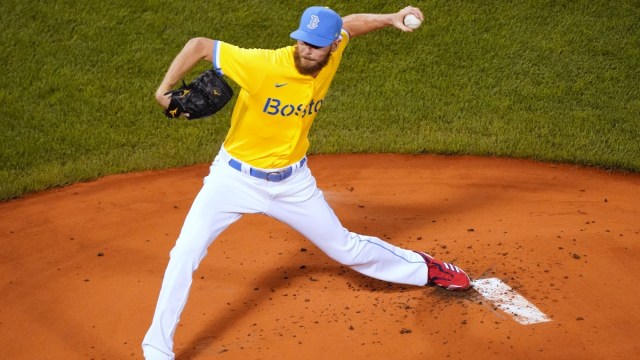 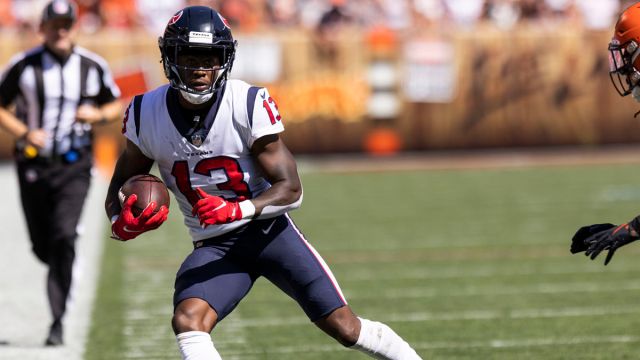