Patriots Fantasy Advice: Who To Start, Who To Sit In Dolphins Matchup Skip to content

For the first time in a few years, the Patriots have multiple fantasy-relevant players on their roster. There are some New England players you absolutely should have targeted in your drafts, and should consider adding if they’re still available.

But it might take a while before any of the Patriots’ skill players establish their true 2021 fantasy values. Sunday’s season opener against the Miami Dolphins is a particularly tricky matchup for fantasy managers.

Ahead of the Week 1 contest, we came up with three players you should start, and three you should sit, on your fantasy teams.

The third-year back is really good, and the Patriots easily should have one of the top five offensive lines in football. Miami’s defensive front is decent against the run, but New England shouldn’t have any problems winning the battle in the trenches.

Also, the Patriots likely will lean on the run a lot this season to take pressure off rookie quarterback Mac Jones. On volume alone, Harris is worth a start this week.

Patriots D/ST
Yes, the Stephon Gilmore-less secondary is a concern, but it shouldn’t matter too much this week.

Dolphins left tackle Austin Jackson apparently will play after landing on the COVID-19 list early in the week. But he is not good, and the rest of the line is subpar, as well. The Patriots should have no issues generating a strong pass rush against this line, and we severely doubt Tua Tagovailoa’s ability to make something happen when plays break down. Expect New England’s defense to post strong fantasy numbers, even if Miami scores in the 20s.

Jonnu Smith
The Patriots have two fantasy start-worthy tight ends on their roster, but only Smith should have your confidence in Week 1.

The former Tennessee Titan is athletic and particularly dynamic after the catch. During training camp and the preseason, New England regularly targeted Smith on shallow crossers, allowing him to showcase his ability in the open field.

Expect Jones to target Smith early and often, leading to a strong debut for the explosive tight end.

SIT
Nelson Agholor, WR
New England’s expensive free agent wideout battled an ankle injury throughout training camp and the preseason, and entered Sunday with the “questionable” designation. Regardless of if/how much he plays, we simply have no idea what Agholor will bring to the field in his Patriots debut.

He’s a good player and should have a good season, if healthy. The former Raider and Eagle really is the only receiver on the roster capable of gaining separation down the field and delivering big plays. But Agholor is too much of a wild card to trust in your lineups this weekend.

Hunter Henry, TE
Henry is a perennially fantasy-relevant tight end and a legitimate red-zone threat. Don’t be shocked if he scores multiple touchdowns against the Dolphins.

But the former Chargers star missed significant time during camp and the preseason due to a shoulder injury, costing him valuable chemistry-building reps with Jones. It might take a while for Henry to carve out a consistent role in this offense, though he definitely deserves a spot on your roster.

All other running backs
Again, we’re confident in what Harris will do this season.

But the rest of the running backs? Their roles remain total mysteries.

Rookie Rhamondre Stevenson (who dislocated his thumb this week, but will play) showed major promise during the preseason and ultimately made Sony Michel expendable. J.J. Taylor was similarly impressive, but will he get enough snaps to post fantasy-worthy numbers? James White is James White, but it’s hard to imagine the Patriots giving him the same workload he saw during his prime.

You should wait a week or two before starting any Patriots running back other than Harris. 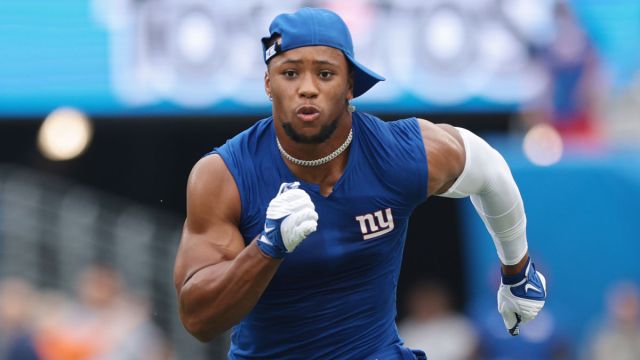 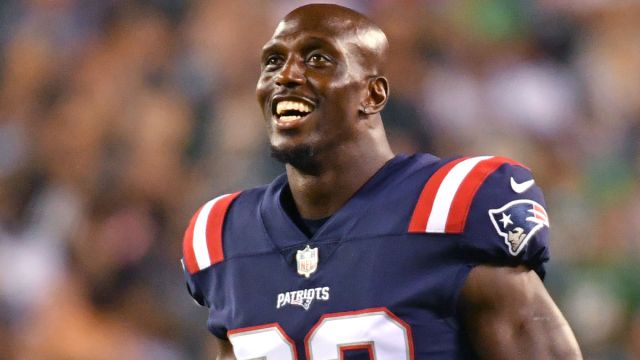