The New England Patriots should have both of their big-money tight ends available for this Sunday’s regular-season opener.

Hunter Henry, who’s been recovering from a shoulder injury suffered in practice Aug. 8, said Monday he expects to play against the Miami Dolphins in Week 1.

“I wouldn’t say doubt,” Henry replied when asked if he has any doubt he’ll be in uniform Sunday.

Later, when asked about rookie starting quarterback Mac Jones, Henry said he is “excited to go out there and compete with him this weekend.”

Henry’s injury limited him for much of training camp and prevented him from playing in the preseason, meaning he and fellow free agent addition Jonnu Smith have yet to share a field together in a game setting. The Patriots invested significant resources in Henry and Smith this offseason, paying each an average of $12.5 million per year to revitalize what had been the NFL’s weakest tight end group.

Despite Henry’s absence, offensive coordinator Josh McDaniels is confident both players will be ready to contribute immediately. (Smith also missed time with an ankle injury this summer but played in two of the team’s three preseason games.)

“I think both of them have worked extremely hard,” McDaniels said. “I feel very confident in both players’ aptitude and understanding of our system and our operation and what we do offensively and what their roles are in it. That’s because they’re very diligent about the work they put in. They prepare very well. So I’m very confident in that. …

“I have no doubts about those two players in terms of their ability to go out there and perform. They’ll both be ready to go.”

Henry missed one week of practice after his injury. The next week, he would attend practice in pads but split off from the rest of the team after warmups to rehab with strength coach Moses Cabrera. One week after that, he began participating in a red non-contact jersey, which he shed last Tuesday.

“I feel like they do a great job here, and they did a great job with me,” Henry said. “I mean, I was locked in mentally with every meeting. I tried to take as many mental reps as I could — see myself in those positions that guys in our room were taking and (thinking) what would I do? How would I see things? How would we do things differently? ?Oh, that was actually, I kind of liked what he did,? and stuff like that in the football realm.

“And (I was) just focusing on my rehab, focusing on training, keeping strong. And keeping my conditioning level up so that I’m ready to go coming this weekend.”

Henry, who spent the last five seasons with the Los Angeles Chargers, has been one of the NFL’s most consistently productive tight ends. Since returning from a torn ACL that wiped out his 2018 campaign, the 26-year-old ranks fifth among NFL tight ends in receiving yards per game, trailing only Travis Kelce, George Kittle, Darren Waller and Mark Andrews.

“It’s been great, just us feeding off each other’s energy,” said Smith, who posted a 41-448-8 line for the Tennessee Titans in 2020. “Working, pushing each other, on the practice field, in the weight room. Two alpha males, man, just being able to give each other a push.

“The greatest part of it is that’s my guy, and I’m his guy. We’ve got each other’s back. I’ve got his back. I know he’s got my back. So it’s definitely good to have a guy like that around. His playmaking ability is something that we can definitely bring to the table. Part of my game will rub off on him, part of his game will rub off on me and we just help each other get better.” 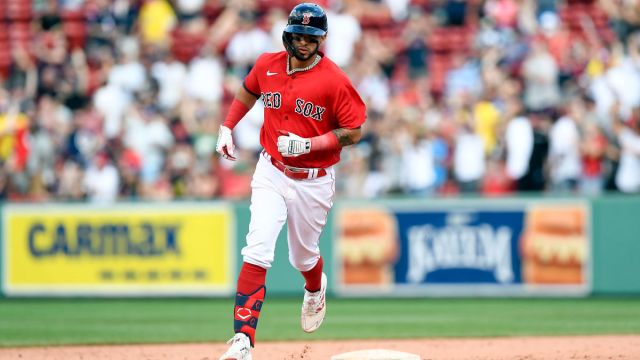 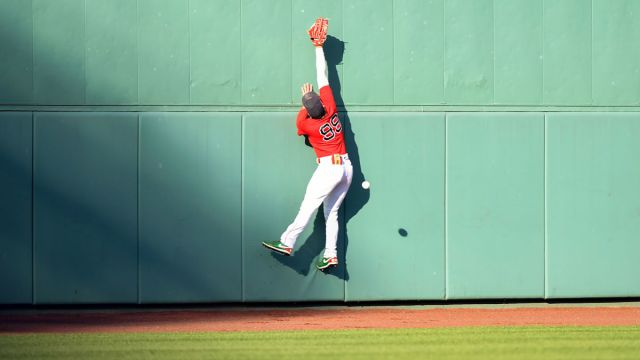 Red Sox Wrap: Once Ahead By Six Runs, Boston Falls In Extras Vs. Rays