Some assorted notes and nuggets from the New England Patriots’ 25-6 win over the New York Jets on Sunday at MetLife Stadium:

— This is the James White that Patriots fans are used to seeing.

After a trying 2020 campaign on and off the field, White has looked much more like his old self this season. He was one of New England’s top offensive contributors Sunday, catching a team-high six passes on six targets for 45 yards and adding 20 yards and a touchdown on five carries.

Through two games, the veteran running back has caught all but one of his 13 targets from quarterback Mac Jones, leading the team in both catches (12) and receiving yards (94).

White caught more than four passes in just one of the Patriots’ final 11 games last year.

“James is one of our best players,” head coach Bill Belichick told reporters after Sunday’s win. “He has tremendous consistency. He can really do whatever we ask him to do — third down, first down, run the ball, catch it, blitz pickup. He gives that group great leadership with his preparation and performance. He is always ready to go on game day. Whatever you need him to do, that’s a guy you can really count on.

“And yeah, he came through big (Sunday). He was able to make a number of good plays for us — runs and passes and some key plays. He’s a guy we really count on and he delivers.”

Patriots running backs coach Ivan Fears last week said New England’s change behind center from Cam Newton to Jones would be a “good thing” for White, as the rookie QB’s style plays to the running back’s strengths. But their partnership has benefited Jones, as well.

“Meeting (White) all the way back in OTAs, he’s the man,” Jones told reporters postgame. “He knows every little thing about the offense. If I ever struggle in the huddle, he’s like, ‘Yep, here it is.’ He knows the call, too, so he helps me out, and that’s something that I always look at him in the huddle if I’m struggling or anything like that, because he’s just a really calm, cool and collected guy.

“He makes plays with the ball in his hands — all of our running backs do — and I think James definitely, just being older, he knows the system, and I know that I can trust him because he’s doing the right thing 99.9 percent of the time.”

Monday will mark the one-year anniversary of the car crash that killed White’s father, Tyrone, and left his mother, Lisa, seriously injured. White took a two-game leave of absence from the Patriots after the accident and was unable to visit with family members for much of the season due to NFL COVID protocols, which he acknowledged was difficult.

“I know last year wasn’t my best year for many different reasons,” the longtime Patriots co-captain told reporters Sunday. “I’m excited to be back out here and have an opportunity to play this game, and I want to do whatever I can to help my team win, whether that’s getting the ball or not or just blocking. I just want to be the best me out there.”

Damien Harris led all Patriots rushers Sunday with 16 carries for 62 yards and one touchdown. J.J. Taylor played sparingly in his season debut, carrying twice for 3 yards. Rookie Rhamondre Stevenson sat out as a healthy scratch after struggling with ball security and pass protection in last week’s loss to the Miami Dolphins.

— With Trent Brown sidelined by a calf injury, Yasir Durant started at right tackle for the Patriots. It was just the second career start for the second-year pro, who made one at right guard for the Kansas City Chiefs last season.

Durant surrendered three first-half sacks before being benched for Justin Herron late in the second quarter. Herron suffered an ankle injury shortly thereafter but did not miss a snap.

The Patriots’ pass protection was better after that switch — zero sacks or QB hits allowed after halftime — but the dropoff from Brown to any of his replacements is obvious and significant.

— Davis’s sack was a quietly important play. It came on third down and forced Jets kicker Matt Ammendola to attempt a 53-yard field goal.

Ammendola missed. A make in that situation would have trimmed New England’s lead to 19-6 with just under five minutes remaining in the third quarter.

— Catches from Wilson in this game: 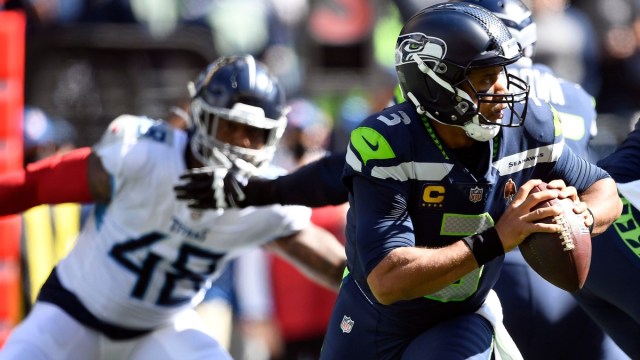 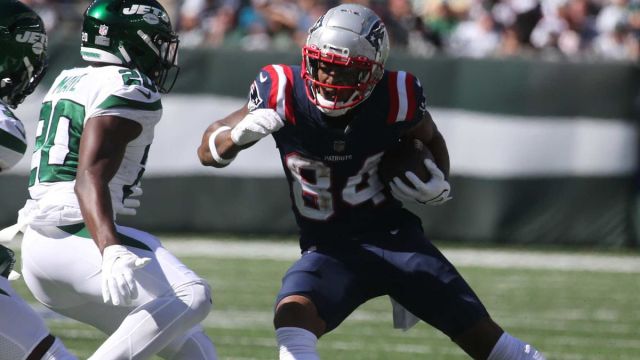