There was one way for Chris Sale to put it after the Boston Red Sox fell 4-2 to the Baltimore Orioles.

“That (expletive) sucked, there’s no question,” the starter said emphatically Tuesday after the loss. “We’ve got to win these games, that’s it. I mean any game we lose it (expletive) sucks. And a game we win? We’re one step closer.”

Sale knows this should have been one of them — against a lowly, 100-loss Orioles squad that is just playing spoiler. The ace clearly understood the gravity of that when he was pulled from the game after 5 1/3 innings pitched.

The fiery lefty looked like he could have lost his mind after giving up Boston’s early two-run lead, but it wasn’t all on him, considering his offense offered him little run support in contrast to his other starts this year.

And at this point, with so much on the line with their season, they’re playing against themselves.

“We’ve been dragged through the mud the last four days, or four games anyways,” Sale continued. “Gotta find something, man. It’s just these games, they’re not making any more of them and we’re getting towards the end. So we know where we’re at, we know what we’re up against. And it’s not even really us versus anybody — it’s us versus us. We’ve got to win games.”

Boston can start with their next two games in Baltimore. The Red Sox still have a lot in their control before a final series against the Washington Nationals.

“We’ve got to be able to turn the page,” Kyle Schwarber said postgame. “There’s there’s nothing that we can do about this game anymore. We have to focus on tomorrow.”

— For all Sale puts on himself, it’s the offense who should be answering to him. Tuesday saw Boston’s bats muster just three hits and two walks.

“I think we pitched well, offensively we didn’t do much, right?” manager Alex Cora said. “There were a lot of empty at-bats. We didn’t put pressure on them. We are an offensive team, you know? And we’re a lot better than what we showed today. A lot of quick outs, there were only a few at-bats that we grinded out.”

Typical producers Kiké Hernández, Rafael Devers, Xander Bogaerts, J.D. Martinez and Bobby Dalbec all failed to muster a hit. Devers got on base with a walk, as did Schwarber, but the only offense came from homers by Schwarber and Hunter Renfroe.

Cora isn’t quite sure if his batters were trying to do too much at the plate, but hopes they’ll look more like their usual selves the rest of the series.

“I can’t measure that, it just felt like the at-bats today, we’re a lot better than that,” Cora said. “A lot better.”

— Sale was asked if it was difficult to get riled up to face an Orioles team with nothing to play for in front of a scattered crowd. Fans will appreciate Sale’s answer.

“Better not be, because we got two more against them and we need both of them.”

— Prior to the matchup, Cora told reporters Tuesday’s game would be a test to see how far Sale could take them into the game. Unfortunately, with no run support, his day ended on a sixth-inning changeup he wanted to go down-and-away. Instead, Orioles’ Ryan Mountcastle took it for a two-run ride out of Camden Yards.

“I felt good,” Sale said after giving up three earned off four hits and one walk with six strikeouts. “I obviously had a pretty good thing rolling and then, you know, just cut off the changeup. Just inconsistencies, especially in that moment and that inning. Later in the game I just got to be better.”

— While the Red Sox extend their losing streak, they maintain a one-game lead on the Blue Jays after Toronto’s loss to New York. With that, the Yankees claim a seventh-straight win and another game on Boston for the American League’s first wild card spot.

— Boston gets a clean slate Wednesday with two more to play in Baltimore. The Red Sox and Orioles will go back at it for Game 2 at 7:05 p.m. ET. 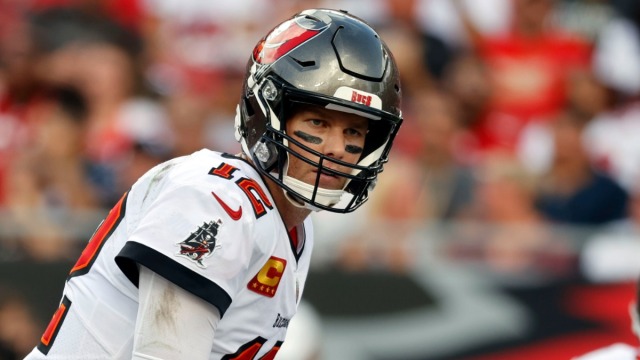 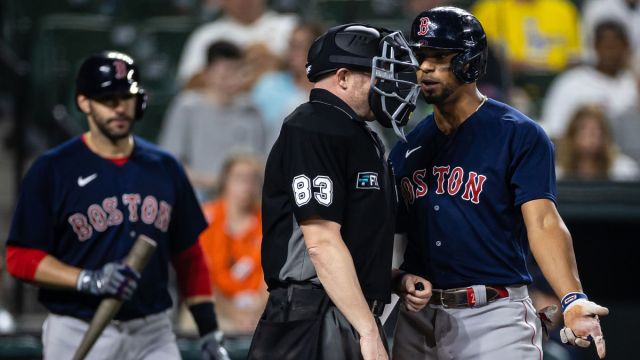