Red Sox Notes: Kyle Schwarber 'Wants To Win,' And It Showed Vs. Indians Skip to content

At the trade deadline, there were plenty of raised eyebrows when the Red Sox traded for Kyle Schwarber.

And some were brave enough to ask the question: while there was no doubt the former Washington Nationals slugger could pack a punch at the plate, how would Schwarber — who was injured, to boot — fit into a Boston lineup that had a workable outfield rotation but needed help at first base?

Manager Alex Cora, however, never doubted the impact Schwarber would have — which was on display in Friday’s 8-5 defeat of the Cleveland Indians.

“This is what we expected, right?” Cora said postgame. “Obviously, our guy, he was hurt, but we knew that he was going to impact the lineup whenever he was ready. He puts good at-bats after good at-bats. He fit right in in the clubhouse. He’s actually helping other guys throughout their process. He’s been amazing for us.”

On Friday, Schwarber didn’t waste time giving the Red Sox the lead with a solo home run in the first at-bat for the side. According to Alex Speier of The Boston Globe, it was Schwarber’s eighth first-inning leadoff home run of the year — a Major League Baseball best.

Then, after the Indians worked their way back to the game at 3-3, Schwarber launched a two-RBI double that gave Boston the lead back — and perhaps the momentum that allowed the team to build a five-run seventh and increase the distance.

Schwarber ended the night going 2-for-5 with three RBIs and two runs. He struck out once, bringing his season batting average to .271. But through 18 games with Boston, that number is a whopping .344.

Maybe the best part of it all is that Schwarber originally was slated to make his third start at first base but was moved to left field after Jarren Duran was moved to the COVID-19 related injured list. For the record, Bobby Dalbec — the American League’s Rookie of the Month for August — continued to hold it down at the position.

Cora noted that in his postgame presser, praising Schwarber’s versatility.

“He’s a professional,” Cora said. “All he wants to do is contribute. He wants to win, which is the most important thing.”

In Kyle (and Chaim Bloom) we trust.

— This one had plenty of highlights.

After Schwarber’s leadoff homer, Kevin Plawecki got in on the fun with his second home run of the season. Then, Jack López doubled (and it was a near-home run) to record his first major league hit after almost 3,600 minor league plate appearances.

The fun didn’t stop there — Jonathan Araúz launched a two-out home run, and after Schwarber got the Sox the lead back in the seventh, Hunter Renfroe battled through a nine-pitch at-bat for a three-run homer.

— Ryan Brasier made his first appearance of the season in the eighth inning. He lasted just 2/3 of the inning, giving up a run on two hits and a walk. He hadn’t pitched since Sept. 25, 2020 after various injuries — and the death of his father — delayed his 2021 campaign.

— After the Red Sox dodged COVID trouble Thursday, they were dealt a loss Friday as Duran was added to the COVID IL prior to the game. Cora later confirmed the rookie tested positive for the virus.

In his pregame press conference, Cora mentioned Duran wasn’t feeling too hot and was set to go through testing.

He’s the 12th person involved in the outbreak that struck the Red Sox last week.

— On a related, albeit more positive note, Cora said Kiké Hernández, Christian Arroyo and Xander Bogaerts could all return from the COVID IL by the end of next week. He did note, however, that there are no guarantees. 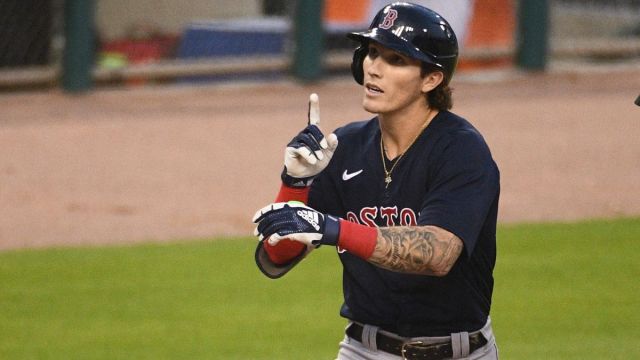 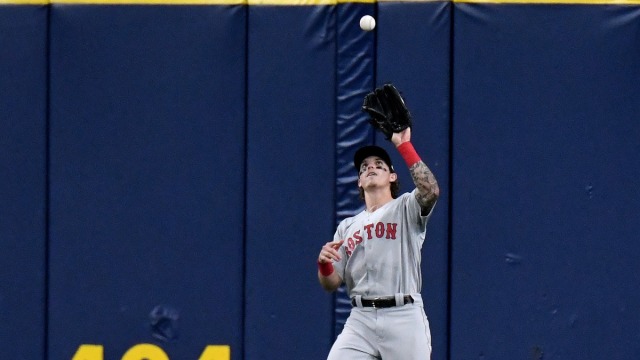