The Red Sox started off their final homestand of 2021 on the right foot.

Boston on Friday defeated the Baltimore Orioles 7-1 at Fenway Park. With the win, the Red Sox improve to 84-65 and are alone at the top of the American League Wild Card standings. The Orioles drop to 47-100.

ONE BIG TAKEAWAY
The Red Sox offense was firing on all cylinders in this one. Boston finished with 11 hits, and every player with the exception of Kiké Hernández logged at least one (and while the No. 1 hitter didn’t get a stick on the ball, he did get on base via a walk.)

We’re not talking measly singles here, either. There were five doubles from five different Red Sox players, and Bobby Dalbec launched a solo home run in the fourth.

This sort of all-around production is exactly what the Red Sox will need to remain competitive down the stretch.

STARS OF THE GAME
— José Iglesias was a major factor in getting the Red Sox offense going. The second baseman hit a ground-rule double in the second inning that scored Christian Vázquez and moved Alex Verdugo over to third, thus putting the outfielder in place to score the go-ahead on a Kiké Hernández sacrifice fly.

— Verdugo had the best night of anyone, going 3-for-4 with two runs. Also productive was Hunter Renfroe, whose sixth-inning double was responsible for burying Baltimore by way of three RBIs.

— On the hill, Chris Sale lasted five innings and allowed only one run — a solo homer — on two hits in his return from the COVID-19 related injured list. He earned his fourth win of the year after the streaking hot bullpen kept this one in hand for the home team.

WAGER WATCH
The books were all over the Red Sox on this one. Boston was a -365 favorite via DraftKings, meaning it would take a whopping $365 wager just to walk away with $100. And DraftKings predicted a blowout, too — the Orioles were a +150 underdog on the run line (set at +1.5).

ON DECK AT NESN
The series continues Saturday at 1:10 p.m. ET. You can watch it live on NESN. 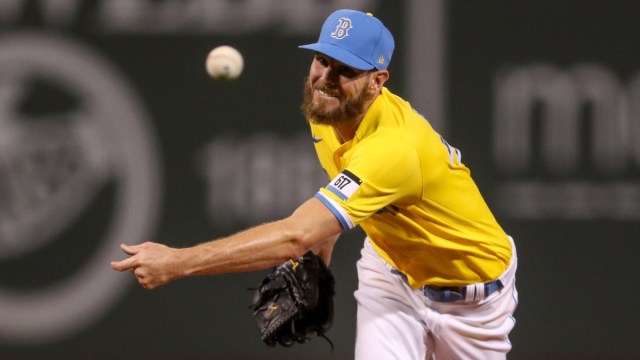 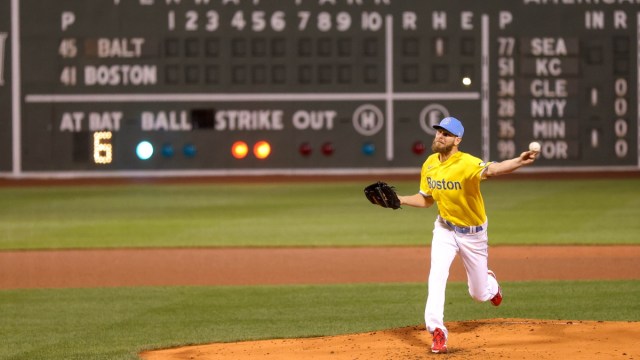