Friday’s win over the Baltimore Orioles played a part in the Boston Red Sox overtaking the top spot in the American League Wild Card standings in a crucial part of the season.

The Red Sox, Toronto Blue Jays and New York Yankees all essentially were tied in the standings, with Boston being left out due to percentage points for much of last week. But a Blue Jays loss Friday, coupled with a Yankees and Red Sox win changed the way the Wild Card looks.

Every game is a must-win for the Red Sox, even ones against a team like the 100-loss Orioles. It’s an exciting (and stressful) time to be a fan of Boston’s baseball team, but this is exactly why Matt Barnes loves playing these types of games, especially with a trip to the postseason in reach.

“This is why you do it,” Barnes told reporters after Friday’s win, as transcribed by WEEI’s Rob Bradford. “You do it to get to the postseason for a chance to win a World Series. I was fortunate enough to experience one in ’18. There’s nothing like winning in Boston. There really isn’t. The excitement around Boston, the excitement in the stadium, the excitement in the clubhouse with the fans and everybody, it’s a really awesome feeling out there. I mean, there was a buzz in the stadium when I got back out there. It’s just awesome. It really is.”

Barnes returned Friday from a bout with COVID-19 and threw a scoreless eighth inning with two strikeouts. He has struggled a bit since the All-Star break and hasn’t been the same dominant closer in the first half of the season, but things seem to be clicking for the right time for the Red Sox.

Boston returns to action Saturday afternoon as it looks to win the series against Baltimore at 1:10 p.m. ET. 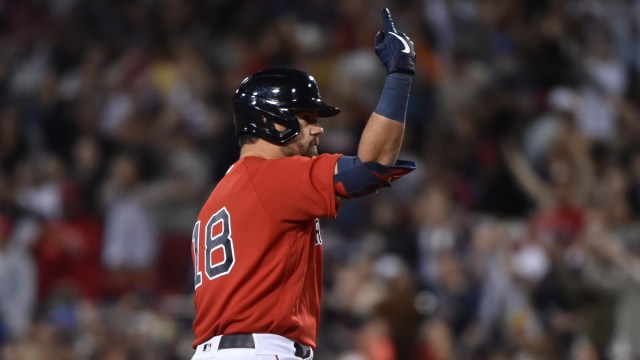