The year is 2021, and Tom Brady and Richard Sherman both are still playing in the NFL, now as teammates with the Tampa Bay Buccaneers.

That sentence might’ve seemed odd roughly a decade ago, when the two seemingly developed a rivalry as Brady quarterbacked the New England Patriots and Sherman thrived as part of the Seattle Seahawks’ “Legion of Boom” defense. Yet here we are, with Sherman signing with the Bucs as a free agent this week after a phone call from Brady, now in his second season with Tampa Bay.

“Once (Brady) calls, it’s like you better come or you’re going to regret not coming,” Sherman joked with reporters Wednesday during his introductory news conference. “That’s what it seems like.”

Clearly, we’ve come a long way since Oct. 14, 2012, when Sherman was spotted trash-talking Brady after the Seahawks beat the Patriots 24-23 in Seattle, paving the way for the cornerback to later post a now-famous “U Mad Bro?” meme on Twitter.

In fact, as Sherman explained Wednesday, the two long have been on good terms despite that in-the-moment beef. So, there hardly will be any awkwardness with them now sharing a locker room.

Brady, 44, is in his 22nd NFL season, spending his first 20 with New England before joining Tampa Bay in 2020 and promptly leading the Buccaneers to a Super Bowl title. Sherman, 33, is in his 11th season, having spent his first seven with Seattle and the last three with the San Francisco 49ers.

Age and experience certainly can help smooth over old grudges. But in the case of Brady and Sherman, making peace evidently wasn’t too difficult, probably because they’re both fierce competitors who are cut from a similar cloth.

“We exchanged jerseys maybe four, five years ago and he said, ‘I’m still mad, bro.’ He wrote it on the jersey,” Sherman said Wednesday, laughing. “… He’s a great sport about everything, man. He’s just a competitor. We’re a lot of the same spirit in that regard. Anything that it takes to win, obsessed about this game. A lot of what Kobe Bryant stood for — the late great. And so, you can appreciate that about each other. That’s what kind of attracted me to come, because I know that he’s the same kind of animal I am. For better or for worse, you’ll do whatever it takes to get these wins and to find a way to get your team where they need to be.”

Sherman sure joins the Buccaneers at an interesting time, as Tampa Bay will face the Patriots on Sunday night at Gillette Stadium in Brady’s first ever game against New England. 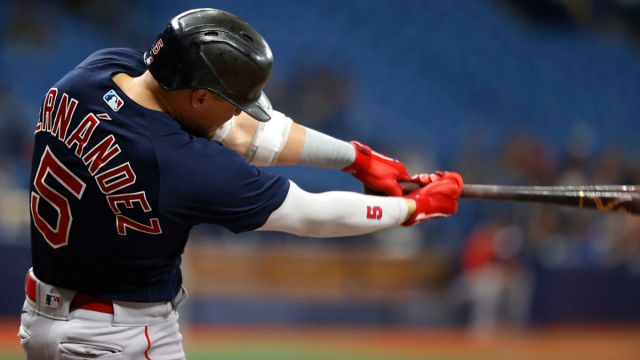